A 2017 study has revealed that millennials - those born between the early 1980's and early 2000's - are ditching alcohol. Of the 1,023 young people polled for Eventbrite-commissioned research, 90 per cent viewed getting drunk as 'uncool' whilst 25 per cent felt it was 'pathetic' and 'embarrassing'.

Regularly drinking excessively is linked to a number of illnesses and complaints, as well as dry, brittle and thinning hair. It also tends to have a symbiotic relationship with other poor lifestyle choices, including smoking and eating junk food.

As such, this generational trend towards drinking less is certainly encouraging in health terms. There are, however, other ways in which millennials are likely to be more exposed to hair loss risks than previous generations.

Causes of hair loss in millennials

Whilst hair loss tends to be associated with old age, this is in fact a myth. Depending on the condition, it can happen at any age. The autoimmune disorder Alopecia Areata can affect children and babies as well as adults, whilst Androgenetic Alopecia - more commonly referred to as Male Pattern Baldness for men and, for women, Female Pattern Hair Loss, can technically present any time following puberty.

These genetic forms of hair loss are the most common conditions and cause gradually thinning hair around the top of the scalp and hairline, whereas Alopecia Areata is the second most common and causes sudden hair fall leading to smooth, rounded bald patches on the scalp. 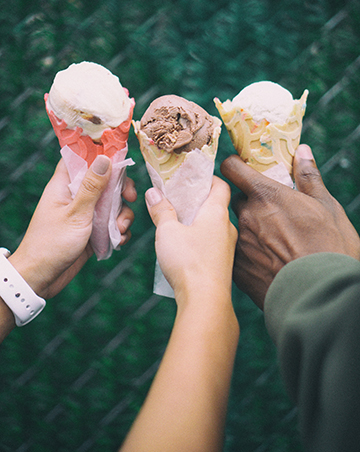 Men with hereditary hairloss tend to lose their hair earlier than women but, whereas this would traditionally start to become noticeable from a man's 30's and a woman's 40's, this generation is starting to increasingly develop these conditions from their early 20's. A number of studies have confirmed anecdotal reports that millennials are more likely to experience premature hair loss than their parents' - or grandparents' - generations.

There are various reasons for this and here we explain some of the most common causes of hair loss in millennials according to researchers.

There are many dietary issues that have been linked to hair loss. In addition to nutritional imbalances, the increasing amount of sugar we consume - whether knowingly or through 'hidden sugars' has been found to cause thinning hair, as have diet food and drinks. Additionally, whilst millennials may be known for their love of avocado toast, smoothie bowls and artisan, instagram-friendly burgers, going vegan or consuming too much meat can also be potentially detrimental to hair health.

These issues can all cause a type of temporary hair loss which presents as diffuse shedding from all over the scalp, and is known as Telogen Effluvium. It tends to take around three months to appear once triggered and, whilst treatment is available to help speed the regrowth process along, it will generally take up to six months to right itself naturally, once the underlying cause has been dealt with.

The #fitfam era certainly appears to be more health conscious, but - as with eating habits - balance is key here. Doctors have deemed excessive exercise - especially anaerobic workouts - a cause of hair loss. The trend for consuming sports nutrition products and protein shakes has also come under fire with anecdotal evidence and certain studies claiming to show how these can cause or contribute to speeding up hair loss, particularly in men.

Again, the condition here is often Telogen Effluvium, however, this can also trigger or accelerate hereditary hair loss - Male Pattern Baldness or Female Pattern Hair Loss - in individuals with a genetic predisposition. These are permanent hair loss conditions but, although there is no cure, they can often be successfully managed through the use of tailored hair loss treatment programmes. These feature clinically-proven medications and additional hair growth boosters designed to stabilise shedding, promote hair growth and prevent baldness moving forward. 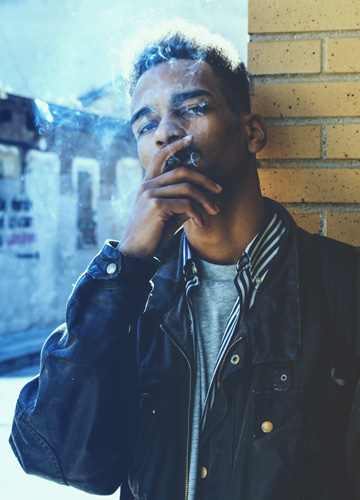 
Stress can cause hair loss

- this is a simple fact which many people are aware of - and 'Generation Y' is known to be incredibly stressed. Yet what is meant by 'stress' is often misunderstood. Emotional stress, when you are feeling stressed at work or due to relationship problems for example, is how the word 'stress' is often interpreted and this definitely counts - as confirmed by psychodermatologists. This can also cause people to turn to crutches like cigarettes or even drugs to help them cope - both of which negatively influence the hair, often making it dry, weak and thin looking. Though alcohol, smoking and drug use is reportedly at its lowest in the USA since the 1990's, figures were not available for the UK at the time of publishing.

Modern lifestyles are becoming ever more stressful and this can be strenuous for the body. Two recent 2017 studies have confirmed the links between certain lifestyle-related stresses, known as oxidative stress, and the onset of premature male pattern hair loss in young men.  The Daily Mail further reports that July 2017 research undertaken by the Higher Education Policy Institute found that, of 2,000 people preparing to start university who were questioned, "61 per cent of millennials are anxious about the prospect of starting university, while 58 per cent are having trouble sleeping and 27 per cent are having panic attacks."

Whether it's due to regular lack of sleep, poor diet or punishing exercise regimes - as outlined above - or even side effects of prescription medication, the effect is tension. When this strain reaches a certain level, the body may go into a form of shock and seek to protect itself. It does this by concentrating on its critical functions, such as the heart and lungs, to the detriment of non-critical functions such as the hair growth cycle. Physical strain is another form of stress, however, and is one that may be missed, especially in relation to hair loss. 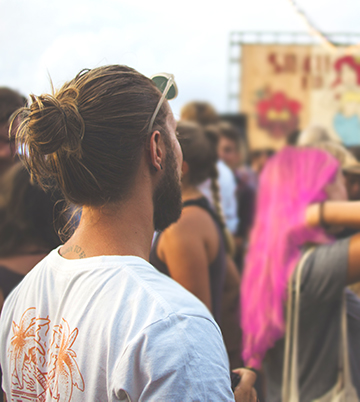 The increased popularity in tight hairstyles such as braids and man-buns, as well as the use of hair extensions, has meant a rise in cases of Traction Alopecia. This is a fully preventable hair loss condition which is caused be undue strain being placed on the hair follicles, most often due to hairstyles. It can affect anyone of any age and any hair type. Whilst Traction Alopecia treatment is possible for those willing to ditch the offending styles in order to help their recovery, for those who leave it too late to seek help this condition can cause permanent baldness.

With the proliferation of rainbow hair colours popular among millennials, hair breakage - where the hair is weakened to the point where it snaps off - and chemical trauma from the over-bleaching needed in preparation for using these colourful hair dyes, is more likely. Again, this can be treated but is also entirely preventable.

With all this in mind, it is perhaps unsurprising to find that millennials are also reportedly both more worried about losing their hair, and more likely to proactively seek help in dealing with hair loss than previous generations. Surgeons in the USA also report a rise in the number of young men enquiring about hair transplants - procedures that it is recommended men wait until they are at least 30 years old before considering. The surge was blamed on millennial 'selfie culture' and the increasing body image awareness this is promoting.

Educating millennials as to the factors that could be causing or speeding up their hair loss is essential. For those already worried that they are seeing signs of thinning hair or a receding hairline, it is also important to know what the viable options are for dealing with it effectively. Anyone concerned that they are losing their hair can seek advice from a specialist hair loss clinic who, following a consultation either online or in person, will be able to provide a diagnosis, advice and treatment recommendations, where necessary.