If you thought your family’s good track record in the follicular department was insurance against losing your hair, think again. Experts say that a number of health concerns can affect the condition of your hair and although hair loss is traditionally seen as a middle-aged man’s ailment, environmental factors may be contributing to the condition which also often affects younger men and women too.

According to Dr Nilofer Farjo, an expert in follicular surgery, an excess of free radicals can cause damage to hair cells triggered by pollution, radiation, cigarette smoke and herbicides.

"We have taken biopsies of permanent hair and balding hair and put them under different conditions to compare their growth in the lab," Dr Farjo said. "Free radicals have been shown to play a key role. Up to now, we had assumed that hair loss was hormonally triggered and had genetic susceptibility. But now our research is showing that there’s more to it than that." 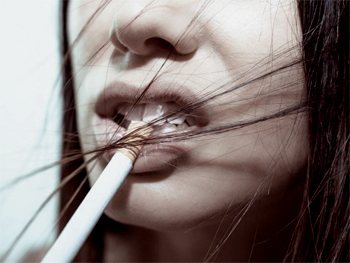 "Among the most obvious things you can tell from someone’s hair is that they smoke," Kingsley said. "Smoking can cause discolouration, particularly on grey hair or bleached blonde hair. And a poor diet can weaken the hair, cause it to fall prematurely and lead to [thinning hair]."

A survey commissioned by The National and conducted by YouGov earlier this year suggested that residents of the UAE were most affected by hairloss and some experts believe environmental factors could have contributed to this finding.

A third of people surveyed living in the UAE had lost their hair to some degree, and women's hair loss affected almost half of those surveyed. While the exact cause is yet to be determined, some experts believe desalinated water and weather conditions could be possible factors.

"We see a number of clients who notice that they start losing hair when they lived in the Middle East," said senior hair loss specialist, Leonora Doclis, of The Belgravia Centre. Although, Doclis says, genetic hair loss is the most common problem seen in patients, affecting approximately 80% of men and 50% of women. It’s caused by a genetic sensitivity to dihydrotestosterone (DHT) which attacks the hair follicles, causing them to shrivel and hair growth to slow down, but can be initiated by aggravating environmental or other lifestyle factors. 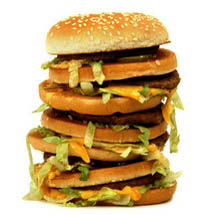 In fact stress, hormonal problems, nutritional deficiencies, pregnancy and serious illness are just a few things that can affect your hair growth. Barry Stevens, founder of the Trichological Society, said you can diagnose many illnesses through hair fall.

"Iron deficiency is a major problem in women," Stevens said. "Dieting to excess can show up as hair loss, and I have seen situations where women have dieted so severely to get into their wedding dresses that it has resulted in them losing their hair." Stevens adds that excessive shedding can also be emotionally stimulated.

"Being emotionally drained can show in your hair," he said. "And in the case of anorexia, hair loss is one of the first symptoms. Your body doesn’t know that it’s going to get better and starts shutting down. It will try to hang on to life and as hair generation needs to be fed and fuelled, if the body is emaciated, it will cut off the functions that it deems expendable just to keep going." 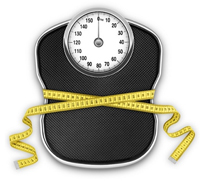 Another common cause of hair loss in women is childbirth. Hair and scalp specialist, Dr Elena Dimitrova of The Belgravia Centre says the high levels of oestrogen in the body during that time means that hair that should fall out doesn't. That is until hormone levels return to normal following the birth, when all the withheld hair is finally released in a condition known as Post-Partum Alopecia.

"The dramatic hormonal changes after birth can result in post-partum hair loss which is a form of telogen effluvium," Dr. Dimitrova said. "Up to 25 per cent of hair can be lost which is quite significant." Although, she says hair growth should return to normal between six and 12 months.

Additionally, under- or over-active thyroids often result in hair loss. "Thyroid hormones are metabolised in all tissues in the body, including the hair follicle," Dr Dimitrova said. "The production of more hormones than is required can be harmful to the cells, resulting in thinning on top of the scalp. With an underactive thyroid the hair may become thin and brittle."

The good news, however, is that hair loss is not always inevitable or irreversible. If the cause of the problem is identified it can, in most cases, be treated. For example, addressing your diet if there’s an iron-deficiency, receiving the right medication for a thyroid condition or avoiding exposure to particular chemicals, should help to reduce hair loss and normal hair growth should resume.

You should always consult a specialist to identify the problem and get the right advice and treatment, because if normal hair growth does not resume within a few months, or if shedding continues, you may need specific treatment for hair loss.  And while there are a host of hair loss remedies, there are only two hair loss treatments that have been clinically proven to work and are licensed by the MHRA.