Does Katy Perry Have Thinning Hair?

She's known for her fun, colourful hairstyles but has Katy Perry's signature look caused her hair to thin? Recent candid pictures show the pop singer with a wider parting than usual, which has led to speculation about possible hair loss.

Is it really hair loss?

As a natural blonde, Perry's dyed black hair can often appear to have a slightly wider parting when her roots need doing. However, this does not appear to be the case here as new regrowth would cause an obvious band of naturally fair hair at the roots followed by the existing coloured hair. But, as you can see from these pictures, Katy's jet black hair appears jagged, with no clear line between her roots and dyed hair. This implies a hair loss condition is the cause of her more visible scalp.

Katy Perry is known for her constant hair changes, favouring multiple styles, lengths and colour changes, and frequently switching from light to dark meaning harsh hair bleaching. She often wears wigs, hair extensions and hair pieces for public appearances, most notably, during her live shows where they have to be tightly attached to her head in order to stay in place during Katy's energetic stage performances.

Whilst dying her hair will not lead to hair loss, it can leave the hair dry and brittle, causing it to break easily, as can constant heat styling. A poor diet deficient in the nutrients needed for healthy hair growth could also contribute to hair that breaks easily, especially given the star is currently touring which can make it harder to stick to a healthy diet.

Tight-fitting hairpieces may be to blame

However, the most likely culprit for Katy's apparent hair thinning is damage caused by her hairpieces and performance hairstyles, particularly the towering clip-in ponytails she wears tightly affixed to her scalp, on stage. 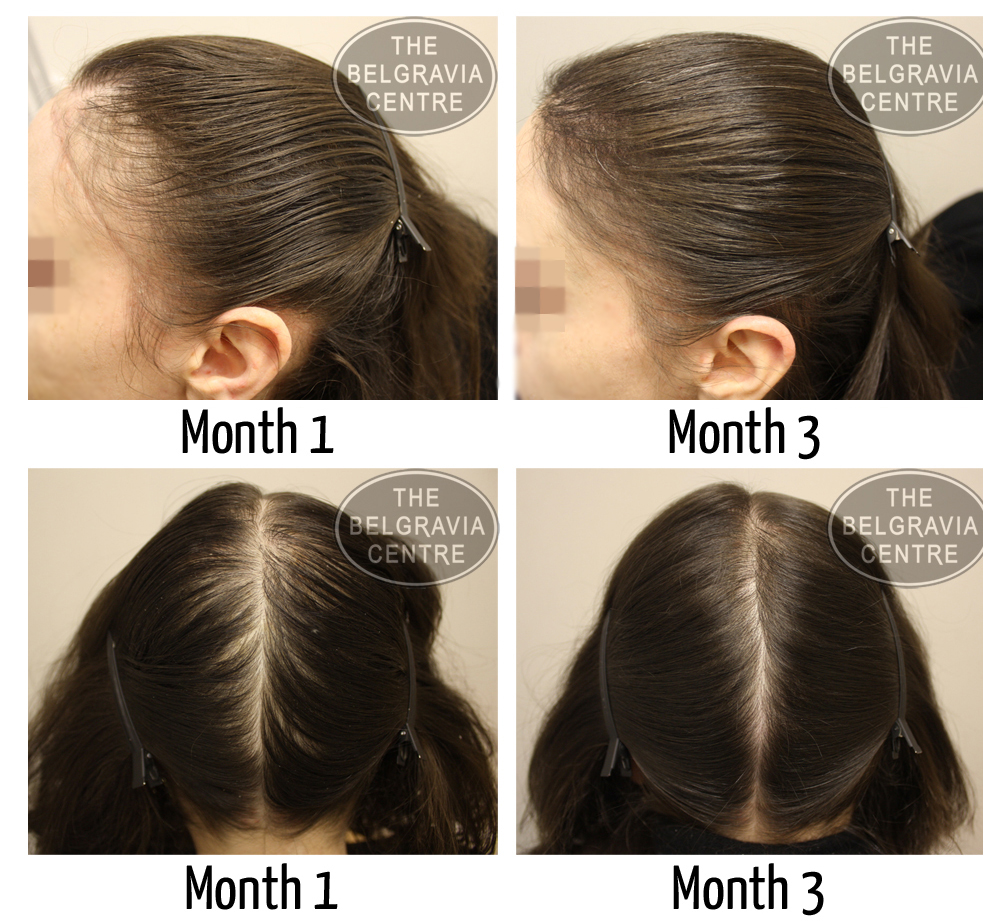 These types of weaves may be causing Traction Alopecia - one of the most common forms of female hair loss - due to the extreme tension they place on her existing hair. This particularly resonates with Katy's case given, with such a hectic schedule, she is unlikely to have sufficient time to allow her hair to rest between these types of styles, often having many quick hair changes in just one show. It also mostly affects the hairline and temples, which is where Katy's hair appears to be showing signs of thinning. This condition is also known as 'Ballerina Baldness' as the dancers are particularly affected due to their tight hairstyles, and, although it is more often found in women, it can also affect men.

Despite a tumultuous 2011, involving the stress of her marriage breakdown and a gruelling World Tour, Katy Perry's hair condition has only recently become noticeable. This also suggests the long-term wear and tear of Traction Alopecia is to blame for her current thinning, rather than a stress-related hair loss condition such as Telogen Effluvium. Although, given the fact her father is completely bald, her shedding could also be a sign of the hereditary condition, Female Pattern Hair Loss, so examination would be needed to determine whether Katy's hair loss is down to a mix of these conditions, or solely Traction Alopecia.

Hair lost to Traction Alopecia may grow back on its own, depending on the severity of the damage, but treatment is also available. An effective women's hair loss treatment programme that includes a topical minoxidil formulation would be most beneficial for Katy's condition. Used alongside regrowth boosters such as the HairMax LaserComb, and in conjunction with a healthy diet and Hair Vitalics supplements to ensure optimum nutrient delivery to the scalp, her hair should start to grow through strong and healthy. Additionally, it is important that the star varies her hairstyle, for instance not always placing her ponytail in the same position, and gives her hair a rest from the damaging effects of wearing hairpieces.

Furthermore, if Katy was worried about genetic hair loss from androgenetic alopecia, we would recommend she visit a hair loss specialist who can correctly assess and diagnose her condition. From there they will be able to recommend the best hair loss treatment plan for her particular stage.