New research from America suggests that huge numbers of adolescent females and young women could be suffering from iron deficiencies that go undetected for years and it could possibly be why some have issues with hair loss.

A good intake of iron is essential for everyone as it can help maintain a strong immune system; it is also one of a handful of key minerals and vitamins that play a role in healthy hair growth. Women are known to be much more likely that men to display a deficiency of iron because they shed it on a monthly basis when they have their periods, and the new American research suggests that deficiencies can begin not long after periods first begin. In fact, nine per cent of females aged between 12 and 21 in a study were found to have an iron deficiency. 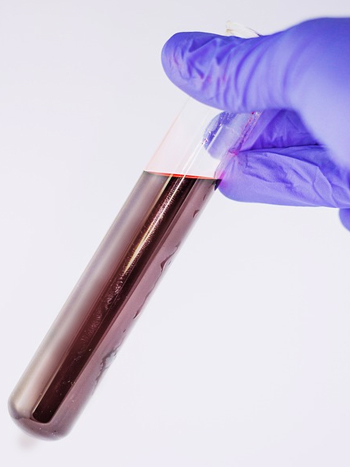 A total of 6,000 females aged between 12 and 49 took part in the National Health And Nutrition Examination Survey (NHANES) between 2003 and 2010, and were tested for iron deficiency as well as anaemia, which iron deficiency is closely linked to.

Researchers from Penn State University analysed the data and found that women were typically only tested for anaemia in their teens, as this was quick and affordable. However, low iron levels can be missed when testing for anaemia, meaning that a deficit can quietly develop over many years.

Deepa L. Sekhar, a physician and one of the lead authors of the study, said: “If you think about your car, you have to run your gas tank all the way down before the red light goes on, and that’s similar to the way we’re screening for iron deficiency. We’re basically waiting until their red light goes on. You have to be really low on your iron storage before you’re going to flag as anaemic.”

When a young woman visits a hair loss clinic to talk about shedding hair there are several possible explanations, and they are not all hair loss conditions, per se.

Alopecia Areata, is actually an autoimmune disorder rather than a hair loss condition. Rather than thinning, it causes sudden hair fall which results in a very distinctive rounded bald patches which can vary in number and size. This is something that may clear up naturally of its own accord though whether or not it will, or when it might is unable to be predicted. Alopecia areata treatment can help to accelerate the regrowth process up and, as with all women's hair loss treatment options, is generally available from 16 years of age.

The most common diagnosis for a teenager with diffuse hair thinning all over their scalp would be Telogen Effluvium, which can arise when a person is undergoing “change” of some kind. It is a temporary hair loss condition that tends to last for no longer than six months and may take three months after being triggered to become noticeable.

Among the things that can trigger it are dietary deficiencies, smoking, stress - including not just emotional stress but also strains but on the body by, for example, not getting enough sleep, and certain prescription medications. As many of these lifestyle issues are intrinsically linked with teenage life, it is perhaps unsurprising that many may experience this type of temporary hairloss. Some may even recover before they notice anything is wrong, whilst others may become acutely aware of the problem.

Though telogen effluvium itself is temporary - even in its chronic form it tends to last no more than 12 months - it can lead to permanent hair loss for some. Teenagers with a inherited predisposition to androgenetic alopecia can find that a bout of telogen effluvium speeds up its onset.

It is possible for the genetic hair thinning condition female pattern hair loss to begin any time following puberty. This has traditionally presented later on in life for women, whereas men have often started to notice signs in their 20's. With the pressures of modern life increasing, this genetic condition is becoming increasingly common in younger women from their 20's too, and - occasionally - in their late teens. 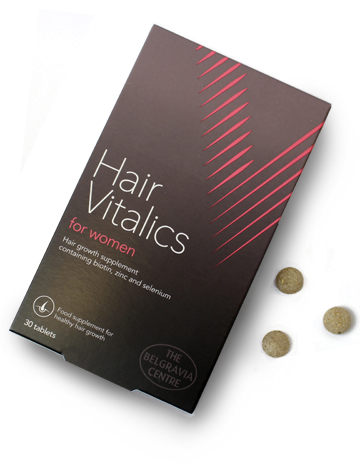 It causes thinning hair along the top of the scalp, most usually prominent at the parting - which can appear wider than normal - and at the temples. Whilst this is a permanent hairloss condition, the rate of shedding varies from person to person. This can often be successfully managed with a bespoke female pattern hair loss treatment course tailored to the individual's levels and pattern of shedding. At Belgravia, the key component of these courses is recommended formulations of high strength minoxidil from the range available at the clinics' in-house pharmacies. This solution is applied directly to the scalp and helps to promote increased localised blood flow to encourage hair growth.

But the new research from America points to the good sense of testing for iron levels at a GP if and when a teenage girl suddenly starts to feel that her hair is thinning. If her diet doesn’t contain good sources of iron, such as red meat, sea-food, pulses and green vegetables then alarm bells should ring all the louder.

Whilst never a substitute for a balanced diet, a highly-targeted hair growth supplement, such as Hair Vitalics for Women, can help to give the body an extra nutritional boost in this area. Hair Vitalics for Women has been formulated exclusively by Belgravia's experts to be female-focused and to include key vitamins, minerals, amino acids and botanical extracts needed for hair growth. These include biotin, zinc, selenium, grape seed extract and iron.

Caution is advised against self-diagnosing, however, as suddenly turning to fortified iron supplements, particularly if your iron levels are already above normal, can lead to further complications including, somewhat ironically, hair loss.

Following a consultation, Belgravia hair loss specialists may advise clients they suspect may have a specific deficiency that is contributing to their shedding to have a blood test. This can help to establish the best way to treat any underlying health issue as well as deal with any related hair thinning.

What Causes Hair Loss in Teenagers?

What Causes Hair Loss in Teenagers?

How Do I Stop Problems With Iron Ferritin Levels Causing Hair Loss?'

How Do I Stop Problems With Iron Ferritin Levels Causing Hair Loss?'