Writer, Courtney Wright reveals why she chose to shave her head as a way to cope with her trichotillomania, a psychological disorder that compels people to pull their own hair out. It is a fairly common hair loss condition and generally affects the scalp, although some people may also pull hair from their eyebrows, eyelashes and occasionally pubic and body hair. 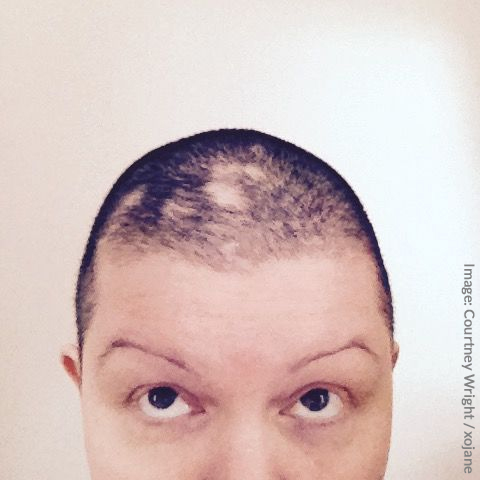 Trying to manage her condition

Wright was 12 when she first developed trichotillomania. The Wisconsin woman told American magazine site xojane that she tried everything to stop these compulsions and manage her condition but nothing worked:

"I’ve tried behavioural modification therapy, antidepressant drugs and pure willpower, but nothing worked. I continued to pull out the hair on my head and my upper eyelashes. I couldn’t begin to explain why. I was able to quit cigarettes cold turkey, and the fact that I couldn't apply the same force of will to quitting trich drove me crazy."

She explains, "Hairspray and ponytails usually did the trick. As a nearly teenaged girl, all this time spent styling my hair made me feel more grown-up."

However, as time went on this extra styling soon became a chore and was no longer as effective as it had been when she was younger. Wright says, "...sick of cleaning sticky hairspray residue off my bathroom floor, I ditched the hairspray in favour of hairbands and scarves. But it was harder to cover up the spots farther away from my hairline..."

As a brunette with pale skin, Wright felt that, where she had pulled her hair out, "the patches practically glowed" and occasionally resorted to colouring them in with a makeup pencil.

After over a decade of living with her condition, the physical action of pulling out her hair and eyebrows caused Courtney to develop the repetitive strain injury, tennis elbow.

However, the last straw came when her in-laws dropped by unannounced. Having never seen her without her hair strategically styled to cover bald patches or covered by a headscarf, and without her eyebrows carefully pencilled in, Wright ran to the bathroom to cover up the signs of her condition.

She recalls, "The hair was an easy if not glamorous fix of throwing on a bandana. But I couldn’t find my eyeliner anywhere. Out of desperation, I used a Sharpie as eyeliner to avoid their seeing my undecorated eyes. Ever since then, I occasionally suffer allergic breakouts where my eyelids swell nearly shut".

Taking the decision to shave her head

Fed up with the constant styling needed to disguise her patchy hair loss, with the support of her psychic and her husband, Wright took the decision to shave her head. Despite the fear of how, as an overweight woman, she might look without hair, she grabbed a pair of scissors and chopped off her pony tail before her husband shaved the rest of her hair off with clippers. 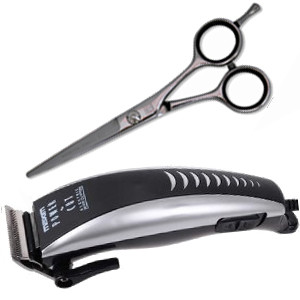 She still wears scarves sometimes to cover patches where the hair is growing back but, although she says she still feels fearful of standing out and of people mistaking her for a cancer patient, Courtney is pleased with her decision.

"A small part of me loves getting looks from the “normal” set in my small town. I feel their eyes on me when I jog down the street, the wind blowing past my nearly naked scalp. That small part of me is getting stronger, gradually becoming my new normal with every day. It’s almost so normal I’ll sometimes forget to wear something on my head. It’s almost so normal that I don’t panic when I realise I’ve forgotten a head covering. Almost. I no longer draw on myself with permanent marker, and my elbows and fingertips are feeling much better".

If you are concerned about trichotillomania it is best to see your GP as soon as possible to discuss coping mechanisms and strategies for helping you to manage this compulsive behaviour.

Once the underlying cause of your condition is being dealt with, in some cases hair loss treatments may help to restore scalp hair that has been pulled out. This depends on whether the hair follicles in the bald patches left behind are still active as regrowth cannot occur or be spurred on by treatment if these are scarred or irreversibly damaged. This type of non-invasive hair restoration can also help to stop the behaviours associated with trichotillomania too. If you would like hair loss advice on trichotillomania regrowth, contact a specialist who will be able to examine your scalp to determine whether treatment is likely to be successful and recommend the most effective course of action for you.

Is Harry Styles Of One Direction Experiencing Trichotillomania?

Is Harry Styles Of One Direction Experiencing Trichotillomania?