Researchers from the Francis Crick Institute in London and the University of Dundee have made a key scientific breakthrough which may have beneficial implications for hair loss and hair growth.

They examined the role of a protein called PAWS1 in the Wnt signalling pathways; these pathways pass signals into a cell which tell it how to function.

Grant Hill, press officer at the University of Dundee, noted PAWS1 had the potential to address "potentially deleterious alterations to Wnt signalling". This discovery may have key ramifications for hair loss treatments in the future. 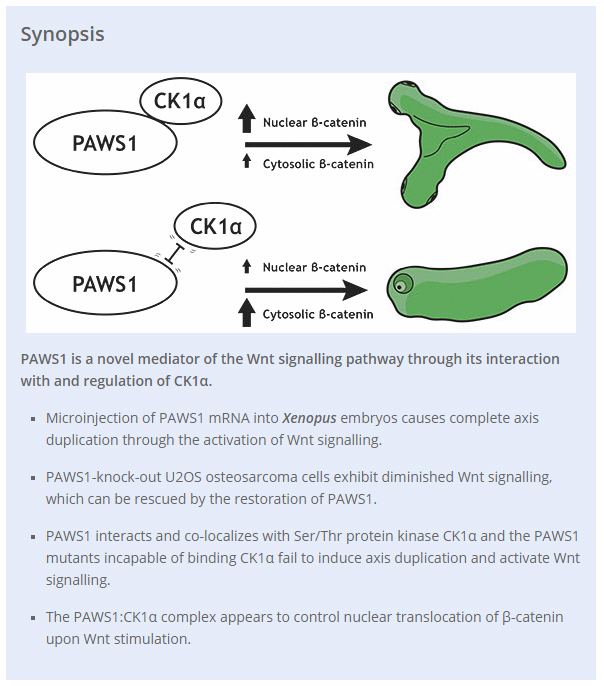 
Hill explained the researchers previously discovered PAWS1 is involved in "a range of signalling processes involved in the development of bone, cartilage and other tissues in the human body".

It is also crucial when shaping the development of embryos and determining the fate of cells in adults.

The Dundee-Crick team explored the molecular process through which PAWS1 controls Wnt signalling. This research was published in the EMBO Reports journal.

According to Hill, the research was conducted on frogs because "the activation of Wnt signalling in frog embryos is known to cause a two-headed tadpole".

The findings revealed PAWS1 is a "crucial regulator" of the enzyme Caseine Kinase 1 alpha (CK1α) in Wnt signalling pathways.

PAWS1 mutations which were found to be incapable of effectively associating with the CK1α enzyme failed to produce two-headed tadpoles. They were also unable to activate Wnt signalling. Furthermore, when the team removed PAWS1 from a human osteosarcoma cell line (a malignant bone tumour), Wnt signalling was inhibited.

This suggests scientists may one day be able to correct alterations to Wnt signalling pathways in order to treat or prevent the diseases and conditions associated with it. 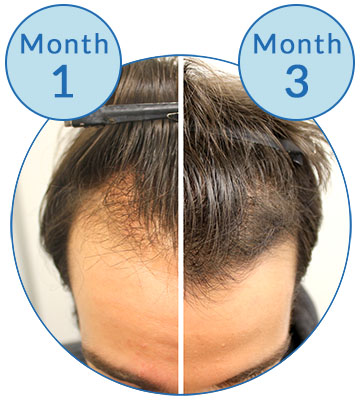 
In a press release announcing the discovery, Professor Jim Smith of the Francis Crick Institute emphasises the protein's role in hair growth: "Although the precise function of PAWS1 was poorly understood, PAWS1 mutations are known to cause palmoplantar hyperkeratosis, a disease in which there is excessive skin cell growth on the soles and palms and can affect normal hair growth leading to conditions such as alopecia".

Smith continues "Wnt signalling is known to play crucial roles in the maintenance of skin tissue and hair development. Our findings... now offer an opportunity to establish whether the pathogenic PAWS1 mutations impact Wnt signalling to give rise to this disease".

The hair loss condition to which Smith refers is unspecified - somewhat confusingly when the term 'alopecia' when used on its own simply means 'hair loss' without specificity. However, as other research in this area has tended to revolve around androgenetic alopecia - genetic hair loss, and particularly Male Pattern Baldness - this is likely to be the case here, though clarification has not been given.

Clinical trials are currently investigating a variety of stem cell based treatments for hereditary hair loss. A group of researchers funded by the US company Samumed has been trying to manipulate Wnt signalling pathways in the hope of encouraging new hair regrowth in cases of male pattern hairloss. RIKEN - a Japanese company - is also developing a cell regeneration method which would potentially allow artificial skin containing fully functioning hair follicles to be grafted into the scalps of people who are losing their hair from a number of conditions, including some which are currently untreatable, such as Cicatricial Alopecia.

While the work undertaken by the Dundee-Crick team reflects the huge potential presented by stem cell research in preventing baldness, this field is only just starting to be explored.

Given genetic hair loss is progressive, it is wise to address male and female pattern baldness sooner rather than later. Belgravia already treats these conditions, offering supportive, personalised treatment courses, which have produced many Success Stories to date. This approach provides on-going monitoring and uses clinically-proven, MHRA-licensed and FDA-approved medications which can be used alongside supplementary hair growth booster products as appropriate.