Will Prince William Be Forced to Address His Hair Loss? 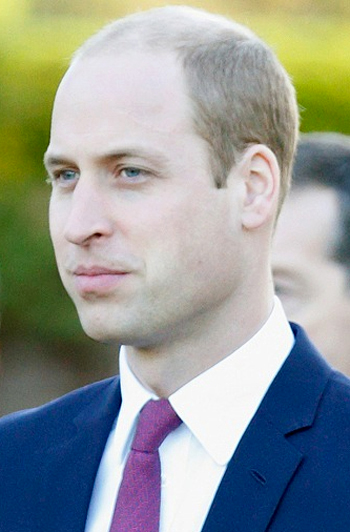 Though only 33 years old, Prince William’s genetic hair loss seems to be accelerating at a rapid pace, with recent TV footage of the popular Royal showing a very large bald patch on his crown.

The Royal Family's thinning, particularly on the male side, is clear from the many generations it affects, so it's unsurprising that William seems to have also inherited Male Pattern Baldness.

Whether or not this makes one jot of difference to William’s ability to take on the role he was born into is moot but it has become the subject of some debate in the US, where tabloid magazine The Globe has apparently reported that The Queen is worried her grandson’s hair loss is affecting his public image.


Health website healthaim.com reports that the Globe has stated how Her Majesty is apparently willing to spend up to $30,000 - currently the equivalent of just under £21,400 - to restore “William’s regal mane”.

The reason the publication reportedly gives for this, quoting unnamed palace insiders, is that the Queen understands Princess Kate has become as popular as William's late mother, Princess Diana was, and is keen to avoid another 'People's Princess' situation whereby Catherine may outshine her husband, or become disenchanted with him.

Firstly, to put these 'revelations' in perspective, it is worth considering that the Globe has reported on a number of sensationalist royal stories over the years. 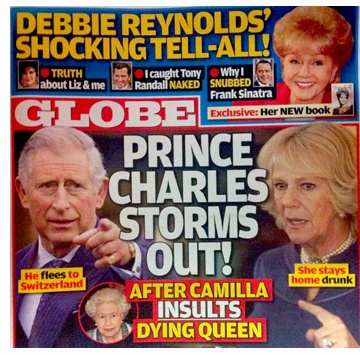 
These include 'Crazed Camilla Pulls Blade on Charles!', which claims Prince Charles' wife threatened him with a knife after what they describe as 'an epic 13-hour gin-soaked bender', and 'Prince Charles 'Ear Tuck' Shocker' in which the tabloid reports Queen Elizabeth ordered her son to have pinning surgery to deal with his sizeable ears.  They also ran a controversial front page story proclaiming 'Queen Dying! Sick and fading fast - what's wrong?'... in 2012.

Whilst the subject of members of the Royal Family being keen for William to deal with his hair loss have cropped up before, this story is, in all likelihood, utter nonsense. It is, however, certainly a reminder of how much the hair of people in the public eye is so closely scrutinised and how a full head of hair is also so often perceived as being synonymous with masculinity, vitality and success.

Personal choice - but would need to be made quickly


What is in some ways impressive is that the Prince, despite his fortunes and ribbing from his Air Force colleagues and family members, seems to have ignored the face that there are clinically-proven hair loss treatment options available, and has instead chosen to embrace his thinning hair. 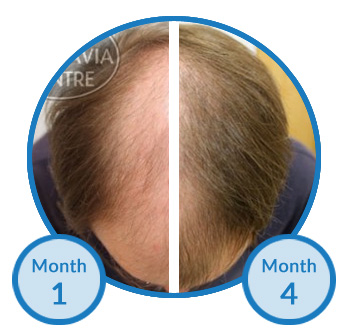 Click to View Belgravia Male Pattern Hair Loss Treatment Success Stories re. Thinning on Top (Results May Vary and Are Not Guaranteed)


Had he sought out the advice of a hair loss specialist when the first signs emerged in his early 20s, it is likely his chances of sporting a much fuller head of hair today would have been high. It would also have been a discreet way to regrow and maintain his hair without a drastically noticeable change.

It seems William's brother, Prince Harry, may have made a different decision given the younger Royal, who also displays signs of male hair loss, is rumoured to be using the MHRA licensed and FDA approved treatment high strength minoxidil to encourage his own thinning crown to thicken out.

Should Prince William make the decision to deal with his hair loss now, he would need to do it quickly as his thinning on top and at the crown is currently at an advanced stage.

As he still appears to have hair along his vertex - the top of his scalp - despite the fact that it is thin and weak from the effects of DHT, this suggests that the Prince's follicles are still alive and active, which is good news as once they die and the skin takes on the shiny appearance that indicates true baldness, non-invasive male pattern hair loss treatment is no longer an option.

It seems William's brother, Prince Harry, may have made a different decision given the younger Royal, who also displays signs of male hair loss, is rumoured to be using minoxidil to encourage his own thinning hair to thicken out.

Where the hair follicles are beyond the help of such treatments, a surgical hair transplant may be the only option but this would still require a hair restoration surgeon to confirm a candidate's suitability.