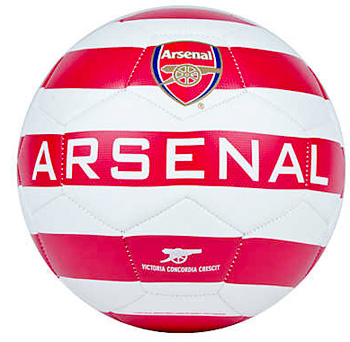 There’s nothing a football fan likes better than statistics, with many a lifelong fan entering a state of near-ecstasy when offered the holy trinity of football, statistics and a spreadsheet-worthy challenge. But who’d have thought that hair loss would provide the fuel for what has turned out to be the hottest footballing riddle of the season?

It began when a listener to the Arsecast Extra podcast posed the question: why are referees always bald? What followed was a lively debate over the veracity of this claim, with the presenters debating just how many refs had lost their hair, and what exactly constituted “bald” anyway.

Next, the mantle was picked up by fans Kaleen and Chris who wrote to the Arseblog website with a detailed analysis of how well their beloved team performed when faced with a bald referee. The upshot of their findings were:

- Arsenal tend to win when they have a bald referee
- The team typically concede fewer goals with a bald referee
- Arsenal score the most goals, on average, with a referee who has a receding hairline
- The team win less than 50 per cent of their matches when the referee has a full head of hair

Tellingly and offering, perhaps, a snapshot of the modern British man in his 30s-40s they found that just 50 per cent of Arsenal’s games so far this season had been officiated by referees with hair. Of the remainder, 27 were deemed to be bald, with the rest having a receding hairline.

In conclusion, the two armchair analysts say that they now want their refs to be thinning or completely bald. Continues below...

The blog also features a debate about which side of the baldness fence referee Mark Clattenburg sits on. 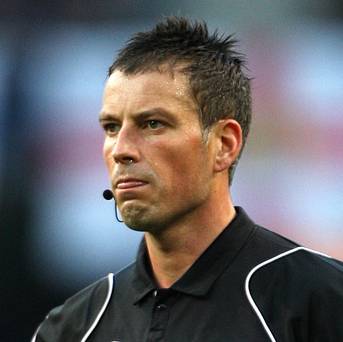 Eventually, the debate was settled when the referee announced that it was, in fact, a hair weave: strands of hair tightly woven to existing, thinning locks.

Fans debated whether Clattenburg's natural baldness or the fact that he appears to have hair due to his weave, would win out. In the end they decided to let fate decide and wait on the score from their game against London rivals Chelsea, which he was officiating.

Arsenal lost 1-0 at home after having a man sent off...

While all in good fun, the podcast and subsequent blog posting do highlight the ubiquity of Male Pattern Baldness among men, with the majority of men affected by hair loss by the time they enter retirement. While MPB can strike when men are still in their teens, it is more commonly seen when men hit their 30s and 40s, although many also start to notice signs of hair loss in their twenties. 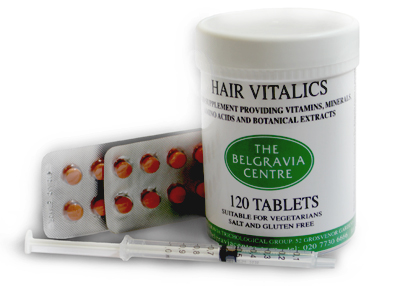 What many men find to their relief is that genetic hair loss doesn’t necessarily hold all the aces when it comes to how they will look during the coming decades. There are clinically-proven treatments available - the type Arsenal players were reportedly taking and riled manager Arsene Wenger over by apparently not telling him - whose actions can help to inhibit shedding and accelerate regrowth.

A dedicated hair loss specialist can explain exactly how these work and prescribe a treatment plan which may also include a number of hair growth boosters that give each client the best possible chances of sending MPB packing.

To see examples of the type of results Belgravia's personalised plans have achieved, and the time clients with differing patterns and levels of shedding have taken to see regrowth, visit our Male Hair Loss Treatment Success Stories gallery which - to the best of our knowledge and perhaps adding further fuel to the Arseblog theory fire - contains no Premier League referees.