White Women with Diabetes May Have Higher Risk of Alopecia

It causes the body to mistakenly attack hair follicles in various hair-bearing regions, resulting in differing degrees of sudden hair loss which can affect a specific area or the entire body, from head to toe.

Although it is generally thought to affect males and females - of any age - equally, it has long been established that people with one autoimmune disease are more prone to developing others. The British Association of Dermatologists also reports that about 20 per cent of people with Alopecia Areata have a family history of the condition, so a genetic link is also suspected. 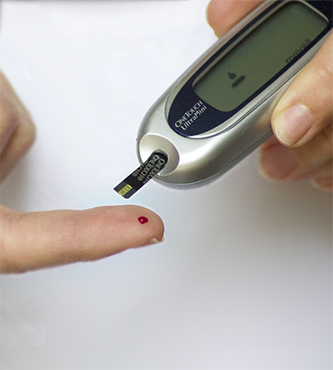 Now, new research has discovered additional information as to who may be more likely to develop Alopecia Areata.


A study carried out at America's University of Missouri-Kansas City School of Medicine has found that women, white adults and white women in particular, with type 1 diabetes have an increased propensity towards additional autoimmune diseases, including the various forms of Alopecia Areata.

Published in the Healio journal via the Journal of Diabetes, the cross-sectional study was conducted using data relating to 158,865 adults with type 1 diabetes, taken from the HealthFacts patient register.

The study authors note that more than 30 autoimmune diseases were identified across the entire pool of participants, with thyroid disease, systemic rheumatic diseases and gastrointestinal autoimmune disorders being the most prevalent.

White women with type 1 diabetes most at risk 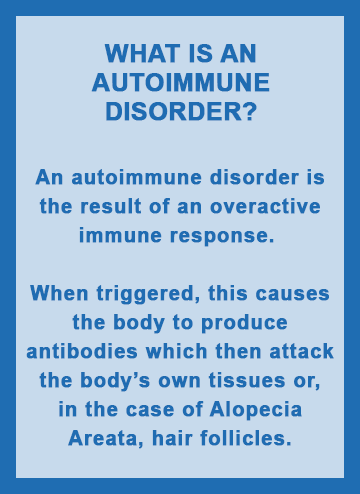 Women with type 1 diabetes were found to be most likely to suffer from the following autoimmune conditions, listed in order of the likelihood: Sjogren's syndrome (87%), lupus (82%), forms of Alopecia Areata (79%), rheumatoid arthritis (73%), hypothyroidism (69%), hyperthyroidism (69%) and coeliac disease (64%).

There was also a 25 per cent chance of women having more than one autoimmune disorder identified, compared to a 14 per cent risk for men. However, 30 per cent of the female study participants presented with multiple autoimmune diseases, and the chances of more developing were found to increase with age.

Researchers felt this information backed the need for healthcare professionals to monitor those with, or suspected of having one autoimmune-related disorder - such as type 1 diabetes - in case others develop. It was noted that this is a far more significant risk than other potential diabetes complications.

Anyone noticing sudden hair loss, particularly rapidly developing bald patches, should consult a specialist as soon as possible. Whilst Alopecia Areata treatment is available for the scalp-only form, it will generally clear up naturally within 12 months in the majority of cases; for the more extensive cases that also affect facial hair and/or body hair a doctor should be consulted as there are currently limited hospital-based therapies for these phenotypes, known as Alopecia Totalis and Alopecia Universalis.