What Do Dogs Tell Us About Human Hair Loss

The year 2018 marks the Chinese Year of the Dog, or in other words the year of man’s best friend. Some of humans' best moments are shared with them: walks to the park, Christmas time... hair loss? Interestingly, dogs also suffer from similar hair loss conditions to humans. Could our canine companions teach us anything about human hair loss? 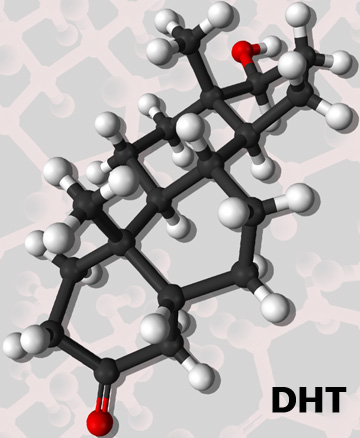 
Dihydrotestosterone, or DHT, is to human hair what mites are to a dog’s. DHT is a hormone and a byproduct of testosterone. It confusingly aids the development of bodily hair in both men and women during puberty. Following puberty, however, it restricts the ability of follicles to grow hair in genetically-predisposed individuals along the top of the scalp.

The most common hair loss conditions - Male Pattern Baldness and Female Pattern Hair Loss - are caused by a sensitivity to DHT. It binds to the follicles from the crown of the head to the hairline and gradually crushes them; with each hair growth cycle, the hair shafts become finer until hair stops growing all together.

Men aged 18 and over who are medically suitable can take a finasteride 1mg tablet, which acts as a DHT-blocker, but this cannot be used by women. There are various hair loss treatment options available to both men and women, however, which have been clinically-proven for androgenetic alopecia.

A lot of research has revealed why many people lose their hair, but scientists are continuing to explore how hair loss can be halted and reversed. Enter the dog. 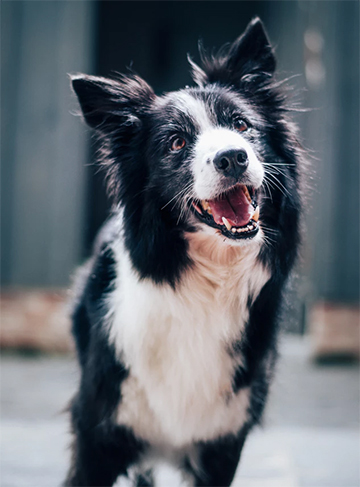 
A dog’s hair growth cycle roughly follows that of a human’s, which revolves between the growth phase (anagen), the transition phase (catagen), and the resting phase (telogen). Researchers from the University of Tennessee have noted that dogs have a ‘telogen-predominant’ cycle - that is they spend less time growing hair and more time letting it settle. This cycle is particularly sensitive to the seasons, and dogs are generally more able than humans to adapt to their climate with appropriate hair length.

Some dogs, like humans, can be born with conditions that cause hair loss. Other dogs - again, like humans - often reach a point in their lives where their hair isn’t what it once was. There are a number of reasons for this. One of the more common causes is mange, a disease which is caused by parasitic mites that burrow into dog’s skin - as the dog scratches excessively to remove the infection, hair often falls out as a result. Other hair loss conditions can be brought about by allergies, infections, or hormonal imbalances.

It turns out that there is more to dogs and their hair than meets the eye. In 2011, researchers from the University of Southern California (USC) found that hair loss is triggered by both hormones in hair follicles, and in the tissue surrounding the follicle. As previously mentioned, a dog’s telogen-predominant hair growth cycle is particularly reactive to the seasons. In contrast, a human’s is fairly unresponsive to weather, with the exception of seasonal shedding. It is apparent that dogs appear to possess an extra follicle-affecting factor that humans do not. Could the dog’s responsive hair growth provide a template for further hair loss research?