Many people hoping to cut back after Christmas excess or perhaps just embrace a new lifestyle will be trying out a vegan diet this January for what’s being dubbed “Veganuary”. But what many won’t know is that a meat-free diet can lead to hair loss if a sensible nutritional approach is not taken.

No one is suggesting that waving goodbye to the Big Macs will lead to instant baldness, but several things are worth bearing in mind. Firstly, the body can react badly to any “extreme” diet change with the result that Telogen Effluvium can ensue. This hair loss condition is usually temporary and can be treated, but it is none the less shocking when hair thinning suddenly becomes apparent.

Cutting out meat, fish and dairy is one thing but it is important to replace these with plant-based foods that contain the same vitamins and minerals. By doing so, continuing to follow a balanced diet can help to maintain healthy hair growth. 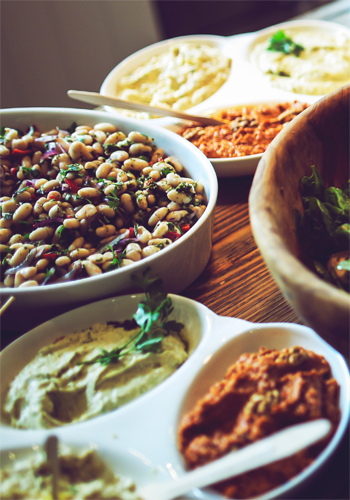 Secondly, Telogen Effluvium is also a possibility when vegans fail to get certain amino acids into their body. These are essential for the production of keratin, which accounts for 88 per cent of the make-up of hair. The body makes a dozen amino acids all by itself, but eight come via our diet. Many are found in protein-rich meat and fish, and vegans need to make sure that they stock up on two that are especially relevant to hair growth named lysine and methionine. These can be found in a number of plant-based foods including beans, lentils, sprouts, tomatoes and leafy greens.

As Telogen Effluvium is also known to trigger or exacerbate genetic hair loss in men and women with an existing predisposition to the hereditary condition, it is important to understand how to prevent this type of shedding.

Although it chiefly affects women, Telogen Effluvium can also present in men and it causes thinning hair all over the scalp; this differs from male pattern baldness which displays in defined areas such as at the crown, or as a receding hairline, and female pattern hair loss which, as is also the case with men, only affects the top of the scalp, but thins in a more general way to how men experience it.

This occurs when some of the follicles prematurely enter the resting phase of the hair growth cycle, with the result that they fall out around three months later. Because of this somewhat delayed reaction time, the causes of Telogen Effluvium are sometimes hard to pinpoint, as the “trigger” event which could also be anything from stress to certain medications has often been forgotten by then.

In a way, when it comes to Telogen Effluvium what’s happening is that the body is trying to take care of its core services because it has felt threatened by something. Hair growth, it seems to deduce, is less critical to survival than other processes, and “normal services” pertaining to the scalp are reduced. Certain medical conditions can lead to Telogen Effluvium, too, including diabetes and anaemia. 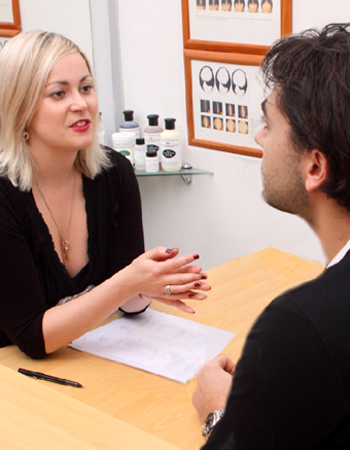 In an article published in December 2016, Reuters Health says that plant-based diets are linked with lower risks of health problems such as obesity, certain cancers and heart-disease, and they quote nutritionists who say that vegan diets are suitable for people of all ages.

The experts do point out, however, that all diets need to be well planned-out and well-balanced. “Any diet that is not balanced can have negative side-effects,” says registered dietician Vandana Sheth in the article. “Just because foods are plant-based doesn’t make them healthy.”

Dark chocolate, processed vegan foods including ready meals and meat substitutes, chips, sugary desserts and granola bars are all examples of potentially unhealthy vegan food options, so should be consumed in moderation.

When clients come to Belgravia for a diagnosis, part of their assessment involves trying to understand what has happened in their life that has initiated the hair fall. Quite commonly the trail of clues leads to diets; once armed with the knowledge they need, people often find that slight lifestyle adjustments and a bespoke telogen effluvium treatment course can work wonders.

Plastics in Blood from Food Packaging Linked To Hair Loss

Plastics in Blood from Food Packaging Linked To Hair Loss

Foods That Can Lead to Hair Loss

Foods That Can Lead to Hair Loss