What started as a slightly quirky fad and quickly became commonplace has taken an unexpected turn: teens in particular now say they are often vaping for “flavour” rather than for a hit of nicotine. What effect this may have on vaping’s fast-growing albeit anecdotal association with hair loss remains to be seen.

According to a new study in America, 15,000 young people were asked about their vaping habits in order to ascertain just exactly what they were putting into their e-cigarettes. And the surprising answer was that more than half the time, vapers were inhaling nothing more than flavourings.

While this obviously saves teen e-smokers any exposure to nicotine and its associated health hazards, it doesn’t necessarily put them in the clear completely. Flavourings, says science website futurity.org, are unregulated. So what exactly are people puffing into their lungs? And how may this be having an effect on hair loss? 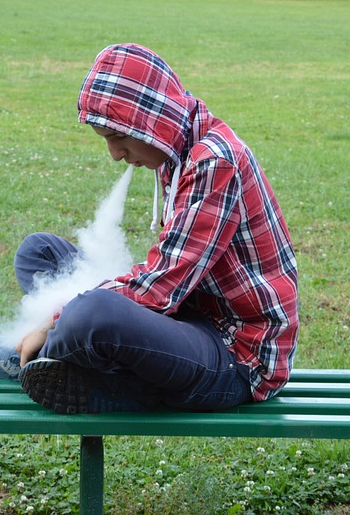 The reason there is any concern at all is that vaping has been anecdotally linked to hair loss on many occasions. Far from being a guaranteed safe alternative to regular cigarettes, e-cigarettes have been found to have a negative effect on genes that play a part in fighting viruses and bacteria.

According to researchers at UNC Medical Centre in North Carolina earlier this year, more than six times the number of virus-fighting genes were suppressed among people who vaped, compared to those who smoked. The medical team admit that they don’t understand why this is the case.

Whatever the answer, the findings could be pointing to an overall reduction in health levels among e-smokers. And, as hair is so inextricably linked to the body as a whole, might anecdotal reports of vaping leading to hair loss be a serious cause for concern? What is interesting about this particular vaping study is how the correlation between teens taking up smoking electronic cigarettes coincides with a trend for genetic hair loss affecting both men and women earlier than ever before. Could their teenage lifestyle habits be partly to blame for the rise in 20-somethings' increased levels of hair loss in their early 20s?

What is known is that regular cigarettes have long been associated with thinning hair  albeit inconclusively. While some studies have painted a convincing picture of smoking leading to hair loss, others have told a different story.

What smoking can certainly do is affect overall health levels. This, say many experts, can speed up or even trigger the onset of the genetic hair loss conditions Male Pattern Baldness and Female Pattern Hair Loss in those who are so-predisposed.

Fortunately, both conditions can be treated and a dedicated hair loss clinic, where a bespoke treatment course can be created based on each individual's specific requirements, including their age. Whilst combination male hair loss treatment courses are only suitable for those aged 18 and over, in some cases minoxidil-only courses can be tailored for men or women aged 16 .  This can provide the best possible chance of stopping shedding in its tracks, as well as promoting regrowth. 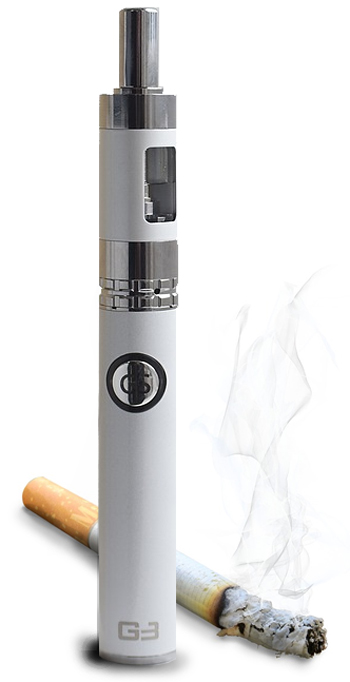 Says Leonora Doclis, senior hair loss specialist at Belgravia: “We just don’t know yet what smoking any kind of e-cigarette - flavoured, nicotine-free or otherwise- means in terms of hair loss. Vaping is still a new phenomenon so the long term effects are largely unknown. It will likely be some years before any link between vaping and hair loss can be confirmed or disproven."

"For now the 'evidence' is almost entirely anecdotal which is especially hard to monitor in cases like this as teen boys do often see a shift in their hairline during puberty anyway. This is not necessarily a sign that they have a receding hairline, it is just what’s known as a ‘maturing hairline’, where the hairline changes as their face shape does,” adds Doclis.

"What is well known, however, is that ingesting unnecessary chemicals - whether from pollution, smoking or even the plastics passed on through our food packaging - has a negative effect on hair health. It can lead to dull, thinning hair and exacerbate existing hair loss conditions. So, for me, although it can be a useful tool in giving up smoking, vaping is unlikely to have any other beneficial elements so is probably best avoided, particularly long term."

Until specific tests or clinical investigations prove otherwise, there is certainly a possibility that vaping even nicotine-free e-cigarettes may affect a person’s health, and that this in turn could lead to hair loss in teens with an inherited predisposition for genetic baldness. Just as cigarettes were once marketed as a healthy pursuit back in the 1920s, “healthy” nicotine-free e-cigarettes may yet prove to be quite the contrary.

Women Now Losing Hair in Their 20s Thanks to Stress

Women Now Losing Hair in Their 20s Thanks to Stress