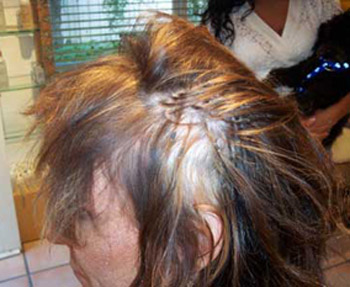 A US doctor who specialises in hair transplants has spoken out recently against the modern trend of hair extensions, which he says are creating, “a bald new world.”

Dr Larry Shapiro says that he is witnessing more and more young people who are experiencing hair loss unnecessarily due to the use of hair extensions and hair products.

“If the growing hair extension industry doesn’t straight up its act and do something soon about warning consumers of the potential harm that extensions can cause to healthy hair, I’ll start naming those companies that are the worst offenders,” Dr Shapiro said.

Hair extensions are one of the primary causes of Traction Alopecia, an avoidable hair loss condition which can result from excessive strain and pressure being put on the hair. Tension applied to hair by the weight and tightness of extensions can damage the hair follicles to the point where they will no longer grow. Tightly worn hairstyles, such as braiding, and the use of chemical hair products can also result in traction alopecia.

If caught early, hair loss caused by traction alopecia is usually reversible, but if the damage continues to take place over a long period of time the hair loss can become permanent. 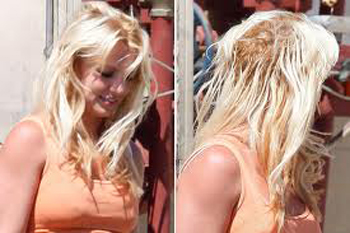 Several high profile cases of traction alopecia have been covered in the celebrity gossip pages recently, with model Naomi Campbell and singer Britney Spears both photographed with unflattering bald patches which are thought to have been caused by their hair styling regimes. This hair loss is perhaps particularly telling, as it is often the desire to emulate celebrities in the public eye that drives young people to experiment with potentially damaging hairstyles.

When Dr Shapiro was asked for his expert advice by a US news presenter concerned about the appearance of her hair on camera he suggested that she wear it natural, saying, “You’ll look better and you won’t risk becoming bald.”

Thankfully, traction alopecia is treatable, but only if the damage to the hair follicles has not been so prolonged that it has become permanent, and if the underlying cause of the damage, such as a particular hairstyle, is ceased.

At the Belgravia Centre we treat traction alopecia, as well as a wide range of other hair loss conditions. After diagnosis of the hair loss in question, our expert trichologists will set out a treatment programme aimed at stabilising the condition and stimulating hair re-growth, while monitoring the condition closely.

If you’re concerned about suffering from traction alopecia, the first thing to do is to ensure that the stress that the hair has been put under is relieved, by opting for a more natural, loose hairstyle.