Under The Red Hat: Does Father Christmas Worry About Hair Loss? 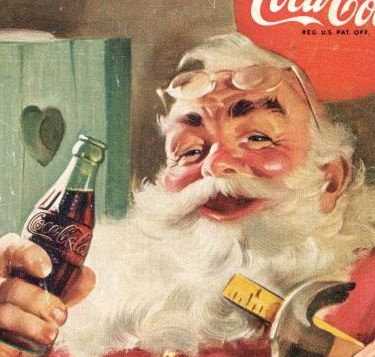 Father Christmas is a familiar figure the world over. A genial old man dressed in red, with a large belly, a cheerful face and a flowing white beard, he ensures children around the world wake up to presents on Christmas Day.

But despite his thick beard and fluffy clothing, Father Christmas is often depicted as being rather thin on top, and is clearly experiencing hair loss. In the picture Mr Christmas has but a few wisps atop his otherwise bald head. Why might this be?

The first clue lies with Father Christmas’s most distinctive attribute his thick, pure-white beard. Increased beard growth is encouraged by elevated levels of Dihydrotestosterone (or DHT) in the bloodstream, which has itself been linked to Male Pattern Baldness. Furthermore, the man who makes Christmas's advanced age means that he is well within the 60 and above age bracket, where a man has an 80% chance of experiencing noticeable hair loss.

According to legend, Father Christmas travels from house to house, drinking port and eating mince pies. Although tasty in moderation, an exclusive diet of these two foodstuffs is simply not rich enough in the vital nutrients that each of needs to maintain a healthy head of hair. Mince pies (unless they are made of actual minced meat) are very low on protein, and various minerals such as magnesium and iodine are not present in high enough concentrations in either mince pies or port to provide you with the biochemicals vital for the hair and scalp.

Father Christmas has a huge level of responsibility being tasked with delivering presents to children all over the world is no laughing matter. We can only imagine how stressed Father Christmas must be at this time of year. Sustained and repetitive stress can pose a significant risk of losing one’s hair. In a poll earlier this year surveying 1903 workers, salesmen famed for having notoriously stressful jobs had the highest frequency of severe baldness, at 60%.