UK company Paxman, a pioneer of scalp-cooling treatment to help cancer patients keep their hair during treatment, has unveiled its latest device at the 2015 Cancer Congress in Vienna.

In addition to introducing its third-generation design, the Huddersfield firm also used the opportunity to set out its mission to “chase zero hair loss during chemotherapy”.

Hair loss can occur as a side effect of chemotherapy when the drugs used to treat cancer also attack hair follicles.

Whilst obviously this shedding is purely cosmetic and is far less serious than cancer, many patients say they find it the most traumatic aspect of their illness. Explanations for this often note how this baldness means their condition is suddenly visible, making it appear more 'real' and often meaning they can no longer keep it a secret. 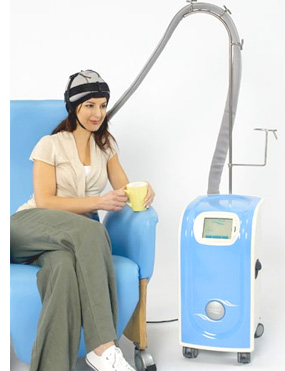 For those who want to try to retain their hair during cancer treatment, scalp-cooling can often help.

Paxman's scalp-cooling devices use neoprene 'cold caps' worn before, during and after chemo sessions to slow down blood flow to the scalp by freezing it. This localised restriction of the circulation limits the chemotherapy drugs' ability to reach the scalp, helping to spare patients' follicles. Whilst the cold can reportedly be uncomfortable, the caps are said to have no side-effects.

The Yorkshire firm is a family business which started in the 1950s when Eric Paxman - father of current chairman, Richard - invented the beer cooler.

The chiller technology was then developed into the first 'Paxman Scalp Cooling System' cold cap prototype by brothers Glenn and Neil Paxman, in response to the trauma Glenn's wife experienced when she lost her hair during chemo for breast cancer. It was launched in 1997 at the Huddersfield Royal Infirmary and the company, which now supplies units to 25 countries, was formed a year later. 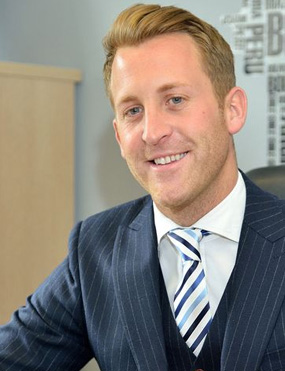 In an interview with the company's local paper, The Huddersfield Daily Examiner, Paxman's Managing Director, Richard Paxman, explained that, 'on average someone using the scalp cooling equipment would have a 50-50 chance of retaining their hair and not having to wear a wig or head covering. In the majority of patients, the success rate was 50% plus.'

He explains that the firm is 'investing heavily in new research and development' with a focus on funding research groups and carrying out clinical trials to improve the efficacy of their cold cap systems. By taking these steps, Paxman aims to raise the current success rate to 80 per cent by 2020 but acknowledges the long-term goal is to eliminate hair loss from chemotherapy altogether. “Ultimately we would like to get to zero, so chasing zero hair loss is our goal,” he confirmed.

“We know scalp cooling works so our aim is to raise the success rate for all patients undergoing chemotherapy so no one ever has to lose their hair as a side effect of cancer," he added. “We are committed to working globally with clinicians and patients to achieve this and are doing everything possible to understand alopecia and improve scalp cooling for the hundreds of people who use it every day. We are committed to ensuring that everyone undergoing chemotherapy treatment keeps their hair and will not stop until we achieve zero hair loss.”

The company has teamed up with Huddersfield University's biology department as part of a joint government-sponsored Knowledge Transfer Partnership which was launched last November. This is in addition to branching out worldwide, particularly into the world's two biggest healthcare markets, the USA and Japan, where Paxman is 'focusing its major clinical trials'.

The Examiner also reports that Paxman has further established 'an international multi-disciplinary special interest group' which will investigate how various temperature affect different types of chemotherapy and patient comfort. Eventually it is hoped that a register, similar to that used in the Netherlands, which lists all scalp-cooling patients in order to track their progress, will be established in the UK. The aim is to acquire as much knowledge as possible surrounding hair loss and cancer treatment in order to prevent patients from experiencing this shedding at such a difficult time in their lives.