Following on from the release of Chris Rock's film 'Good Hair', a documentary about African Americans and how they perceive their hair, model and television presenter Tyra Banks has featured the topic on her programme, the Tyra Show. Rock spent two years researching afro-caribbean hair after his 4 year-old daughter asked him "How come I don't have good hair"? Tyra explains that so called 'good hair' is hair that a lot of Black women say is smooth, silky, long; it's not kinky, it's not coarse, it's not Afro, not 'nappy'.

In the first part of the show, Tyra speaks to Tayheedah, a young black woman who has been using relaxers and weaves for 12 years and is now considering going natural. Tayheedah reveals that she has spent over $20,000 on her hair only for Tyra to say she's spent more than that. Tyra adds that black American women spend more money on hair products than any other culture in the country. "We make up 6% - 7% of society in America but we spend 80% of the 100% of hair product."

Hair loss can be due to a number of factors, and is often genetic however chemical relaxers can cause hair loss. This can be permanent hair loss if they burn the scalp and the follicles are badly shriveled as a result or temporary hair loss if the hair breaks from becoming too brittle and dry. Excessive styling, through the wearing of braids, weaves and extensions, can also cause a type of hair loss called Traction Alopecia.

Like many women with Afro-caribbean hair, Tayheedah says that she can't go anywhere without relaxing her hair and that her hair has been severely damaged as a result of all the chemicals she has put in it. The chemicals have not only caused her hair to become brittle, dry and severely weakened (and at risk of hair loss) but Tayleedah says she also has financial problems. This can obviously lead to stress and stress can itself cause a type of hair loss called Telogen Effluvium.

It is possible to manage these conditions and to restore a healthy hair growth cycle using hair loss treatments as long as the hair is given a rest from chemicals and overstyling.

Tyra also speaks to Kelley, who believes there's no reason to use relaxants and weaves, and says, "The problem with black women is we have to learn how to style and treat our natural hair and stop trying to conform to something that is not natural and is unhealthy for our hair." Having used relaxants herself Kelley warns, "Chemical relaxers do not make your hair healthy. I don't care how shiney it looks, I don't care how much it bounces, when you put that chemical on your hair, it is sucking moisture out of your hair, it is breaking your hair down." 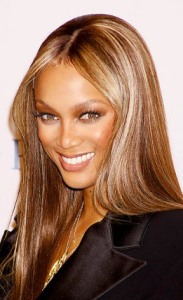 The pressure to have 'good hair' begins in childhood for many African American women. On Tyra's show, Kiana, who is just 8 years old and already has her hair relaxed, says that it burns when it's relaxed but she likes it because its straight and "it's like my friends at school". Shaniyah, 6, says white people have better hair than black people. Tyra even speaks to one mother who relaxes her 3 year-old daughter's hair.

So it would seem that ideas of what is 'good hair', however misinformed, start at a very young age and can result in physical damage (brittle hair prone to breakage and permanent damage to the hair follicles) and emotional trauma (feelings of anxiety with one's natural hair and financial stress from the cost of relaxing hair).

If you are concerned about thinning hair or hair loss, then the Belgravia Centre can help. We have a team of experts who can diagnose the condition and recommend a treatment programme that can help stabilise hair loss and restore lost hair. To book an appointment (which is free) with a specialist, just call 020 7730 6666 or message the centre. Alternatively, complete the online diagnostic form for a consultation via the website.