In one of the frankest and most refreshing conversations about hair loss broadcast in recent years, ITV’s Loose Women team last week brought female hair loss “a taboo”, as they called it kicking and screaming into the open.

The segment picked up on an online poll on the ITV show’s website which asked women to vote on whether or not they were personally worried about hair loss. At the time the show was aired, 90 per cent of women stated that hair loss was indeed something they were concerned about. At the time of writing, the figure had risen to 94 per cent. 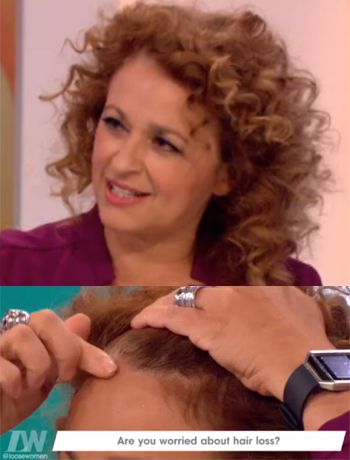 Presenter Ruth Langsford kicked off the discussion by stating that hair loss affects something like 8 million women in the UK. “It can be deeply traumatic, cause embarrassment, low self-esteem and lead to a sense of losing your femininity,” she said. “Now why is there still such a stigma attached to women losing their hair? We want to break that taboo today.”

Turning to the panel, she asked if thinning locks affected them. The consensus was that yes, hair loss was something that they were concerned about, with discussions then following about how chemotherapy drugs could cause hair loss and how women can also lose hair after pregnancy, a condition known as Postpartum Alopecia.

Actress Nadia Sawalha, famous for her long curly locks, said that one possible reason why women didn’t talk about hair loss is because they didn’t want to appear unsympathetic to women who lose all of their hair during cancer treatment. “You do feel almost guilty [talking about hair loss],” she said. “That’s why a lot of women don’t talk about it, it’s because they think, ‘Well, I haven’t got cancer, why am I moaning about losing my hair?’”

The former EastEnders star also explained that she had been diagnosed with “the balding gene”, meaning Female Pattern Hair Loss. This affects a great many women and is often undiagnosed as women quietly “get on with it”, assuming that they are merely losing hair as part of the ageing process.

Female Pattern Hair Loss, as Ms Sawalha rightly points out, is genetic. Just like Male Pattern Baldness, it occurs in people who possess an inherited genetic sensitivity to a testosterone by product named DHT. However, female pattern hair loss differs from its male counterpart in that women are unlikely to experience shedding to the point of total baldness. Furthermore, whereas men tend to shed in defined patterns - a receding hairline or thinning crown, for example, women see an all-over thinning from the top of their scalp. This is often most noticeable at the temples and at the parting which often starts to look increasingly wide. 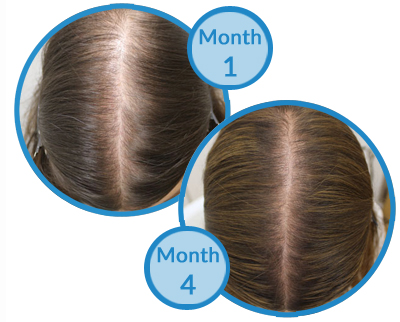 Ms Sawalha actually stated that she currently has only one quarter of the hair that she once had, going on to describe the time she went to see an expert who told her that he could clearly see through a magnifying glass follicles that had closed so hair wouldn’t grow there again. “It’s just devastating,” said the actress, who also revealed that the Loose Women hairstylist spent “ages” getting her hair ready for the show.

“I’m really worried about it because I do define myself with my hair bubbly curls,” she said. “My hair used to just naturally curl, I have to curl it now and I feel really shallow about it and I think that that’s why it’s really good that we’re talking about it.”

It seems that despite this perceived stigma, women are increasingly aware that help is available and are seeking out specialist hair loss treatment. At Belgravia the number of female clients we see each day is constantly on the rise. Luckily for the vast majority we are able to tailor a customised programme based around topical applications of high strength minoxidil products - the only unisex treatment clinically-proven for pattern hair loss - in order to promote regrowth.