A cancer diagnosis is one of the most distressing things a patient can ever hear from a doctor. But there is a secondary aspect to the disease that in many cases doubles the blow, even though it sounds trivial by comparison. It is, of course, hair loss.

Baldness caused by cancer-fighting chemotherapy drugs or by radiation therapy is frequently mentioned as one of the most difficult-to-bear aspects of the disease. A diagnosis will often lead to a mindset of “I’m going to beat this,” but in many cases there is little or nothing a patient can do to preserve their hair though some people have seen some success with a device called a cold cap. 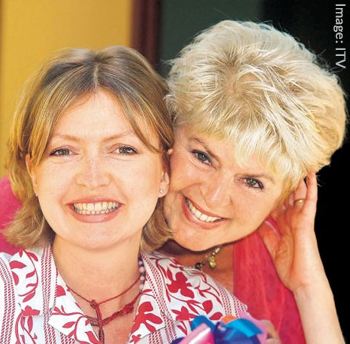 The damaging psychological effects of losing hair to cancer treatment were discussed on a recent episode of Loose Women, where the panel sought to end the stigma of female hair loss in all its forms. As well as touching on Female Pattern Hair Loss which has affected actress Nadia Sawalha, who was on the panel and the generalised-thinning condition Telogen Effluvium, the panel talked openly and emotionally about how their loved ones reacted when they lost their hair following treatment for breast cancer.

Veteran TV presenter Gloria Hunniford explained between tears how distressing it had been to see her daughter, the former Blue Peter presenter Caron Keating, lose her hair to cancer drugs before she died in 2004. “She would never let her little boy see her without wearing a wig,” she recalled.

Also on the panel was singer Coleen Nolan, who lost her sister Bernie to cancer in 2013. Another of her sisters, Linda, has battled with breast cancer as well.

Said Coleen: “I remember when my sister Linda was diagnosed with cancer her image was thick blonde hair all down her back, and the main thing she found when they diagnosed her with breast cancer was, the first thing she said to me was, ‘I’m not losing my hair.’”

Coleen then explained how people would ask Linda why she was even thinking about hair loss when the main issue, surely, was to beat the cancer. “But she was so traumatised,” Coleen explained, “and she felt it was because that’s what she was known for, this beautiful blonde hair.” 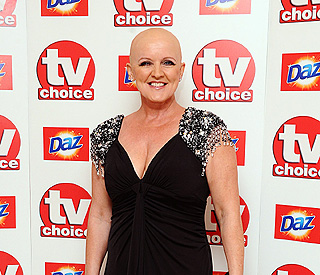 Coleen said that her sister Bernie’s response was slightly different. “When she realised she was going to lose her hair through the chemo,” said Coleen, “she got very defiant with it.” Recalling the time that Bernie had been preparing to wear a wig to the 2010 TV Choice Awards, Coleen explained that Bernie suddenly turned and said, “Do you know what? I’m hot just sitting here; I feel like I’ve got a hat on my head.”

Bernie’s decision to attend the awards completely bald and without her wig on was a powerful moment in the history of British television. “I thought it was so brave,” said Coleen. “What she said was, ‘I’ve lost my hair because I’m fighting cancer my hair will grow back.’”

The discussion followed a Loose Women poll in which an astonishing 94 per cent of respondents said that they were worried about hair loss.