Celebrity chef Sally Bee has revealed that she wears a wig to hide her hair loss which she believes is as a result of taking heart medications.

Healthy eating advocate Bee, whose fans famously include America's First Lady, Michelle Obama, opened up about this 'devastating' side-effect on to the Daily Mail and on the daytime TV show Lorraine. 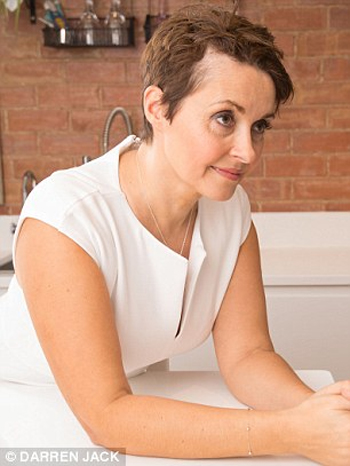 After suffering two heart attacks in 2004, Bee was diagnosed with a rare condition known as spontaneous coronary artery dissection (SCAD). As the condition cannot be cured, she was put on two different medications and told to adjust her lifestyle in order to best manage it.

The prescription drugs she has been taking for the past 11 years are the beta-blocker Sotalola and Perindopril for her blood pressure. Hair loss is a known side effect of both these drugs, as well as many other medications. This usually takes the form of Telogen Effluvium, a temporary hair loss condition which lasts no longer than 12 months and which displays as thinning hair, whereas Bee describes having 'patches' of hair loss - the hallmark of Alopecia Areata.

Alopecia Areata is actually an autoimmune condition which targets the hair follicles. No-one yet knows why but, when faced with attack as the body turns against them, the follicles shut down, suspending the normal hair growth cycle in the process. In many cases this is temporary and once the body has recovered from the trigger incident - sudden shock or trauma is often linked to the onset of Alopecia Areata - the hair will begin to regrow naturally, however for others it can be permanent or even progress to a stage of total baldness of the head (Alopecia Totalis) or of the whole body from head to toe (Alopecia Universalis).

The bald patch at the front of Sally Bee's hairline pictured here looks fairly typical of Alopecia Areata and her description of it now extending on the right side of her head.  The incredible shock of having her heart attacks could well have been trauma enough to spark the condition which she has been living with for over a decade.   Continues below 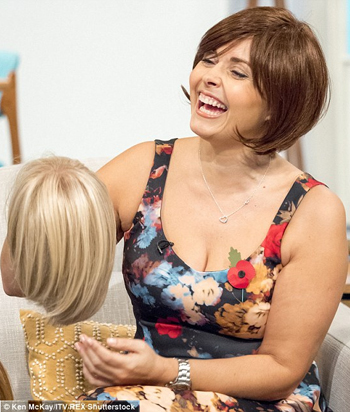 "I had two choices - do I hide it or do I embrace it?" the mum-of-three told TV host, Lorraine Kelly who recalled: "I saw you two weeks ago and I said "I like your hair, it's a little bit shorter", and that's when you told me and I was shocked. I didn't realise - it's a cracking wig."

"I decided to come out about it because we've got to start digging the wig - #digthewig," responded Bee. "It was a big decision, I'd kept it to myself for a long time and my hair's been getting shorter and shorter and thinner... I have been absolutely devastated about it to be honest, the support of my friends has been crucial."

Explaining why she chose to "come out about being a wig-wearer", Bee said, "From now on, I've decided a) I could lie, but I couldn't be in the kitchen, on TV with people tweeting 'we love your dress' 'we love your hair' without me saying 'it's not my hair' because there are so many other women going through it."

The next step in her journey involves exploring her options: "I'm going to go on a little journey and find out about treatments and about wigs - people don't even know how to buy wigs. So I'm going to do all that to try to find out more but the response has been amazing."

There are effective hair loss treatments available for a number of conditions, including treatment for Alopecia Areata in its mild stages, which have provided significant regrowth for many Belgravia clients. However, the longer the hair loss has been present, the trickier it can be to treat, but a specialist can assess the situation, provide a diagnosis and explain the best options for each individual case.