It is easy to scoff at the very notion of Chinese medicine, especially when claims of success are so often greeted with a raised eyebrow by western doctors. But a new report into using acupuncture to treat the autoimmune disorder Alopecia Areata, which leads to patchy hair loss, is nothing if not interesting.

According to the website of the Healthcare Medicine Institute, studies in China have shown that acupuncture can be more effective at treating Alopecia Areata than Rogaine - known as Regaine in the UK - which is an over-the-counter minoxidil product approved for the treatment genetic hair loss, and oral vitamin supplements. 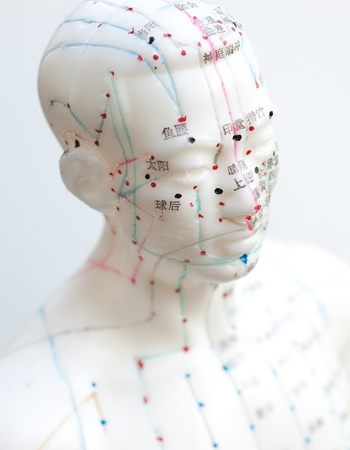 During tests at the Shanghai University of Traditional Chinese Medicine, the best results were apparently achieved using a seven-star needle known as the Qi Xing it was almost 10 per cent more effective than standard individual needle acupuncture. Either method, however, allegedly produced some pretty startling results: when combined with a herbal tea, drunk twice a day, the Shanghai team say that regular acupuncture was deemed to be an effective alternative hair loss treatment for Alopecia Areata in 84.4 per cent of cases. The Qi Xing needle, meanwhile, boasted a 90.9 per cent success rate.

By comparison, the article states that treatment with topical applications of Regaine and oral multivitamins in a separate study had a 60 per cent success rate.

While the results make for pretty captivating reading, it is worth remembering that specialist hair loss clinics are able to tailor bespoke Alopecia Areata treatment courses featuring a range of hair growth boosters in order to treat this autoimmune condition effectively. Belgravia has seen many success stories from using this approach, whereby high strength minoxidil and appropriate boosters are recommended based on each individual's specific needs, to give people with Alopecia Areata the maximum chance of regrowing hair they have lost.

What would be especially interesting would be the results of a trial that studied the combined, concurrent use of both minoxidil and acupuncture. 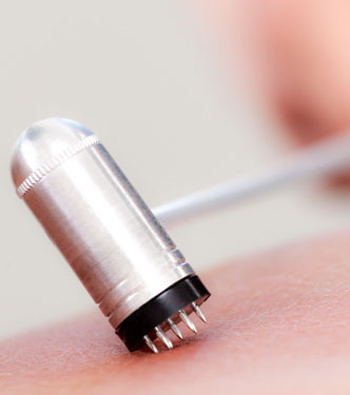 The Chinese team state that acupuncture works in part because it helps to raise heat in the scalp. In their tests, they selected people with “spleen and stomach damp-heat” because heat and dampness may lead to the obstruction of “meridians” pathways through the body along which Chinese Medicine practitioners say vital energy flows. Obstructed meridians, say the Chinese team, can lead to the impediment of blood and ‘qi’ or ‘chi’ to the head. In turn, this can lead to Alopecia Areata.

By using the Qi Xing seven-star needle, doctors claim they were able to raise the scalp temperature by 2.62 degrees C, which they interpret as an increase in blood circulation in the scalp. Increased circulation is generally believed to help hair growth.

What is not mentioned in the Chinese report and is very much worth noting, is the fact that autoimmune hair loss can clear up of its own accord, with hair regrowing naturally. With this in mind, perhaps larger-scale trials would give a better picture as to the general regrowth trend for people using acupuncture in comparison to a control group who took no action.