Golf legend Tiger Woods has been plagued with questions about his struggles with hair loss over the past few years.

In 2014 he gave spoke openly during a press conference about losing his hair. "“I’m comfortable with ; my hairline’s not. I have a nice skylight and, if I don’t wear a hat, I can feel the heat,” he explained. Adding: “...I’m fighting the cause. I’m fighting it hard. It’s a no-win fight but I’m hanging in there”.

Three years on, press photos from his current book tour show that the 41-year-old golfer appears to be losing this fight with Male Pattern Baldness. 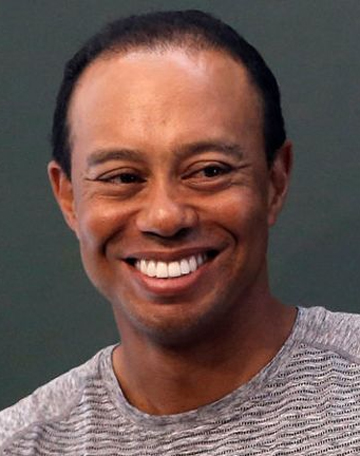 
Woods is currently promoting his new biography: The 1997 Masters: My Story, which highlights what many people consider to be not just one of his greatest achievements but one of the most memorable moments in sport (Woods, at just 21, was the youngest ever and first non-white player to clinch the US Masters title). Photographs taken mid-March 2017 at a book signing event in New York clearly show the hair thinning the Californian worried about previously - both on top and his receding hairline - has worsened significantly.

His hair loss sequence comprises classic signs of male pattern baldness - a condition which only affects areas around the top of the scalp and the hairline. These patterns of shedding can start to appear in men who have inherited active 'balding genes'  any time following puberty and reportedly affect 50 per cent of men by the time they are 50 years of age.

As this condition is permanent and currently incurable, if left unchecked by clinically-proven hair loss treatments then the follicles around the top of the head will continually diminish. This is because of DHT in the body, which those affected by genetic hair loss have a pre-programmed sensitivity towards, latching on to the follicles and gradually destroying them. This displays outwardly as thinning hair and can lead to eventual baldness.

Male Hair Loss Treatment is centred around the only MHRA licensed and FDA approved products which help to stabilise shedding and can encourage new growth - finasteride 1mg and minoxidil. The use of this once-per-day tablet and appropriate formulations of high strength minoxidil can be used individually or in tandem; supplementary hair growth supporting products  from laser therapy to targeted food supplements, can also be employed as part of this approach. Based on the latest photographic evidence, it would appear that Woods has not been using any of these products.

On the bright side, it seems that the golfer it attempting to take his androgenetic alopecia in his stride - especially, he joked, because he normally wears caps. When ribbed about it on the ESPN channel this week, Woods said: “I get it, I get it. We are not what we used to be, I get it. I’ve got my helipad up top and I’m very happy with that. I get a hat on so I don’t get sunburned on the little centre.” 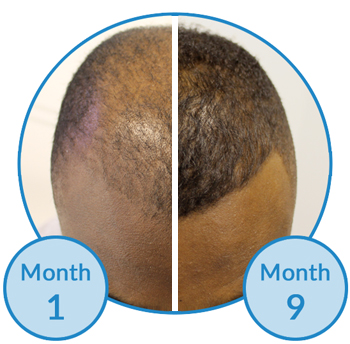 Could stress be a factor?


The American’s circumstances are, however, somewhat different to those of many men specifically, it could be that stress is playing a significant part in his hair thinning. Unknown to many people is the fact that stress can exacerbate Male Pattern Baldness it can speed up its onset in those genetically-wired for MPB and intensify the rate of shedding in those already affected. If this is the case with Woods, it could be that this is making his shedding more difficult to treat.

Woods famously went through a huge sex scandal - and resulting divorce - some years ago, on top of which he has had to battle a recurring back injury that has dramatically affected his game. Some pundits believe that his best golfing years are now well and truly behind him. If true and given the player’s famously competitive nature it’s easy to imagine how stressful the past few years must have been for him.

Tiger Woods is certainly not the only golfer with hair loss issues; thinning hair is rife within the game. There has even been speculation that endlessly wearing caps, as many golfers do, could be a factor, though this has been disputed.

If you are seeing similar patterns of hair loss to Tiger when you look in the mirror, and would like to explore non-surgical options for preventing further shedding and regrowing hair, a consultation with a hair loss specialist should give you all the information you need to make an informed decision.