The Rolling Stones Show No Signs of Receding Hair Lines 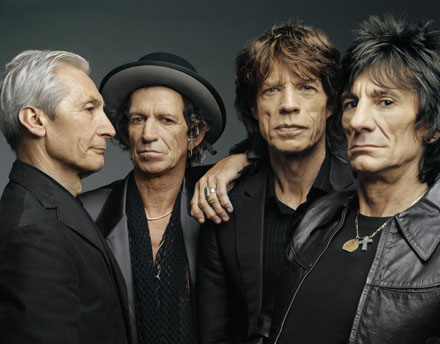 It is 50 years ago this month that rock royalty, The Rolling Stones, played their first live gig together in London’s Marquee Club in 1962. Despite having a combined age of almost 275, for the most part the quartet seem to have escaped the usual hair loss symptoms associated with aging. This shared trait was particularly evident when they were photographed together recently at a special exhibition of photographic memorabilia from the band’s past.

Lead singer and driving force behind the Stones Sir Mick Jagger has an incredibly well-preserved hairline for a man who turns 69 this month. During his recent public appearance, Jagger was still sporting the mop of unkempt, shoulder-length hair which has been his trademark since the 1960s.

As famous for his hedonistic lifestyle as for his guitar playing, Richards also turns 69 later this year. He also favours longer hair, and has done for most of his career, although he chose to wear a felt trilby to the exhibition. However, despite the headgear, Richards shows few signs of hair loss beyond a slightly receding hairline.

Of the remaining bandmates, drummer and percussionist Watts shows perhaps the clearest signs of hair loss, aged 71. As a youngster he preferred to keep his hair much shorter, but now Watts’ hair is totally white and his scalp is clearly visible in places. Three-quarters of men Watt’s age will also have experienced some form of hair loss, so this is not unusual.

At 65, guitarist Ronnie Wood is the baby of the Stones. During his recent appearance with the rest of his bandmates, he was still sporting a shaggy, spiky mop of shoulder-length hair which appears to have defied the effects of time.

How do they do it?

Despite the stresses associated with being one of the world’s biggest bands and the well-documented alcohol and drug excesses of their youth, The Rolling Stones have managed to age incredibly well, with three out of four showing few, if any, signs of hair loss. Either they are blessed with incredibly good genes, or the group have a secret weapon. 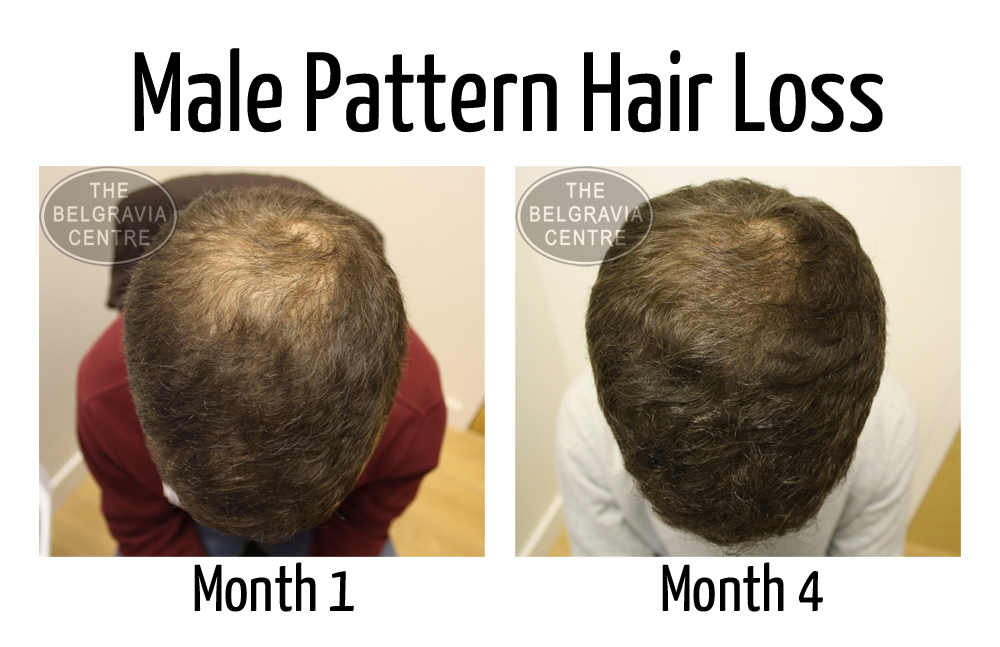 Just one example of the thousands of men who have benefited from the use of a Belgravia Centre treatment programme for hair loss.

Hair loss is both completely normal and natural, but it is also often treatable particularly when identified early. As a result, men who seek professional advice from a hair loss expert before excessive hair loss develops can often begin a treatment plan before the loss is noticed.

Proactive treatment in this manner allows men to regrow their own hair naturally without drawing attention to any loss they may have experienced. Examples of hundreds of men (and women) who have regrown hair from the use of Belgravia's treatment courses can be viewed in our collection of hair loss success stories.

So whether you are an ageing rocker or simply a man concerned about his hair line, why not call 0800 077 6666, or contact us online to arrange a free consultation with one of our experts? If our London clinic is too far away, don’t forget that we can post treatment plans and medications to those who complete our online diagnostic form.

Hair Loss During the Menopause