Teen Says Cricket Has Helped Him Deal With Alopecia Universalis

A youngster from Nottinghamshire whose hair loss has been caused by Alopecia Universalis is celebrating a bit of good news that will see him fulfilling a childhood cricketing dream.

Fateh Landa, 13, has been playing the sport since he was three and was recently picked as the winner of tickets to see his choice of matches at the June 2017 ICC Champions Trophy.

The teenager, who was nominated in the contest by his dad, selected a clash between India and Pakistan, and says “it has always been one of my dreams to watch India play.” 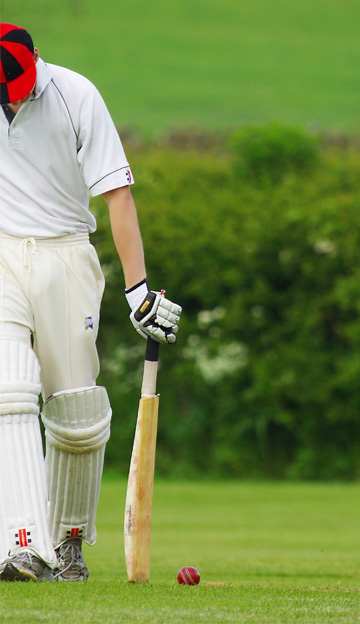 Writing about Fateh on the ICC website, the cricketing body doesn’t explain any more details about the contest but it does reveal that the sport-loving youngster was nominated following a difficult few years in which his mum became disabled and had to move into a nursing home and he developed Alopecia Universalis.

The condition is related to the autoimmune disorder Alopecia Areata, a much better-known disease that will affect around two per cent of all people in their lifetime. While Alopecia Areata treatment when it is in its moderate form which causes patchy hair loss to the scalp only, can produce significant results, treatment for Alopecia Universalis is generally not successful. For that reason, many people who have the condition resort to wearing wigs or scarves. Fateh himself says that he used to cover his head in a scarf when he first started losing his hair.

Fast forward a year or two and cricket has given him the zest he needs to carry on with his life as it was before. He recently played as the under-13s captain of his county, and he hit his first ever century in a match last season.

“Playing cricket has enabled me to focus on something else, and stopped me worrying about my condition,” says Fateh. “It has had a massive effect on me.”

His father, Gurj, added: “It’s very difficult for him not having his mum around, and to look different to everyone else. Cricket has helped him gain a lot of confidence. I’m very proud of him.”

A passion can be therapeutic

Having a passion in sport or some other activity is frequently cited as a terrific way for someone with Alopecia Areata or one of its related conditions to stop focusing on their hair loss. While the crushing effects of losing all your hair can never be overstated, those who are able to immerse themselves in something they love often find this to be very therapeutic.

Allen Smith, for example, was 17 when his hair started falling out his passion for music, he said, saw him through his darkest moments with autoimmune hairloss. Rugby star Heather Fisher, meanwhile, spoke last year about how she refuses to dwell on her baldness (also caused by Alopecia Areata) and stays focus on the sport she loves instead.

A visit to a specialist clinic can be very worthwhile for anyone whose hairloss has been caused by Alopecia Areata, as treatment may be possible. If it is not, it can be helpful to have a knowledgeable hair loss expert to talk to and also, perhaps, to catch up on new developments that are in the works which may offer hope to people with severe forms of the condition.