Surrey Pensioner Claims To Have Invented A Cure for Baldness

Throughout the years, many people have suggested new treatments or cures for hair loss.

Take David Luiz, the curly-haired Chelsea footballer, who claimed he had found a doctor that would take cells from his hip and "relocate" them to the scalp upon the first signs of his hair thinning.

The latest figure to emerge with their own theory on regrowing hair is Anthony Smith, an 80-year-old resident of Ewell, Surrey. He asserts in an interview with his local newspaper, that he has created a cure for baldness, which he has been trialling on himself. 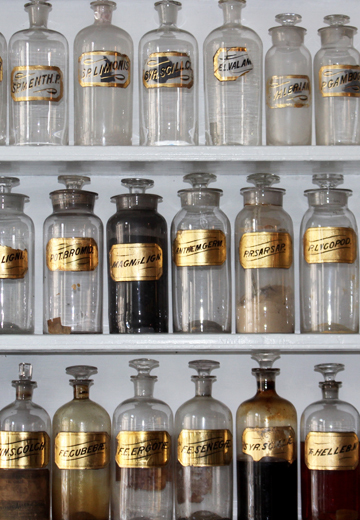 What's in his solution?

His secret is ... well, secret. While Smith hasn't given away any details regarding which ingredients he has selected, he claims the formula contains many that are "natural".

His solution is geared towards treating Male Pattern Baldness, the genetic hairloss condition characterised by thinning hair and/or a receding hairline, and which only affects the top of the scalp.

But why did the octogenarian decide to delve into the world of hair loss? His past experiences of working in a laboratory, albeit not as a chemist, certainly inspired him. Another possible influence may stem from personal experience. Mr Smith acknowledged that he began losing his hair as he grew older - as many men do. By the age of 80, roughly 80% of men will have noticeable signs of male pattern hair loss.

Describing the results of his product, Mr Smith noted, "That hair at the front - I didn't have any coming through at all before." He continued, "You can see very, very fine follicles coming through; I'm very optimistic that one day I shall have a full head of hair".

The former lab worker confidently remarked, "as I say, if you were to see my hair you would see how I can claim that it's working . . . it's the miracle solution for baldness, pardon the pun".

Discussing the long-term plan of his formula, he suggested, "Men have been looking for hair restorer for how many years? This is the sort of things if a firm got hold of it they could make a fortune".

Unfortunately for the pensioner, he's already been beaten to the chase. 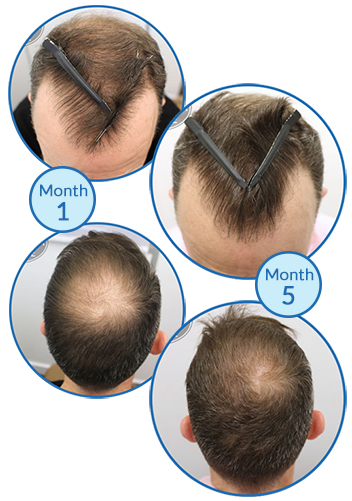 This Belgravia client is in his 50's and seeing great results from his Male Hair Loss Treatment course. Click to see more Success Stories (Results May Vary and Are Not Guaranteed)

There are two clinically-proven, non-surgical hair loss treatments that have been licensed by the MHRA and approved by the FDA - finasteride 1mg and minoxidil. Whilst each hair loss treatment can be used on its own, they can also be used together alongside one another.

The former, finasteride 1mg - which can only be used by medically-suitable men aged 18 and over - is a one-a-day pill which is designed to inhibit DHT, the hormone responsible for causing thinning hair and receding in cases of hereditary hairloss. Meanwhile, high-strength minoxidil, which is a vasodilator and increases blood circulation locally, is applied directly to the scalp, in order to actively encourage hair growth.

When discussing how he created his hair growth formula, the 80-year-old noted that he had been "experimenting for many years" and would "try something for three months and if it doesn't work I try something else". However, it is important to remember that hair loss treatments require time and consistency in order to be as effective as possible.

Belgravia often receives queries from people wondering if it matters if they don't use their hair loss treatments as often as directed, or in the recommended doses. As with any medication, it is always crucial to stick to the instructions provided for their use and follow those as they are set out.

With regards to how long it can take to see results from hair loss treatment, some men may witness noticeable changes within 4 months, while for others - usually those in the more advanced stages of balding - the process might take 12 months or more. A hair loss specialist can help to monitor this process as well as providing support and documenting the process using photoscans to make any changes easier to see.

One crucial point to note here is that Mr. Smith - as with the majority of men his age - has extremely advanced male pattern baldness, with his thinning on top looking tricky in terms of treatment options. Once a man's hair has fallen out and the skin takes on a smooth, shiny appearance, this is a sign that he is truly bald and the follicles are no longer capable of producing hair. In these instances treatment is not productive as the follicles cannot be stimulated back into production.

It is hard to tell for sure from his pictures in the Epsom newspaper article, but it does seem highly unlikely that any product would be able to restore his hair at this stage, not least because there are upper age limits for hair loss treatments which Anthony is sadly over.

Cure for Baldness amongst Most Desired Future Inventions

Cure for Baldness amongst Most Desired Future Inventions