A Canadian woman with the hair-pulling disorder Trichotillomania has created a website to help boost awareness and offer support to others whose hair loss can be attributed to body-focused repetitive behavior (BFRB).

Tenesha Lawson, from Winnipeg, writes on the website which she has named “Dear Trich” that people with BFRBs like Trichotillomania often feel embarrassed because of the “shame and stigma that come with having the disorder.”

She says it is time to end the stigma. Ms Lawson writes that more than three per cent of the Canadian population have a BFRB of some sort, a number which left her stunned when she found out because just four years ago she thought that she might be the only person in the world who pulled her own hair. “I turned to the internet to find others just like me,” she says. “I was shocked how much reading other people’s stories helped me.” 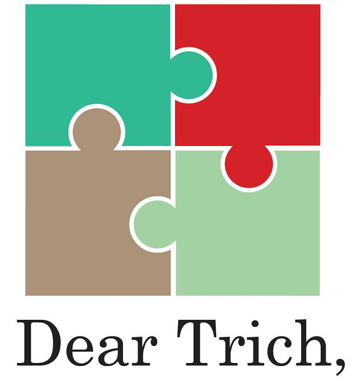 Trichotillomania is thought to affect up to around one per cent of the UK population though precise numbers are unknown and manifests itself as an obsession with twisting, tugging and pulling the hair; many people affected don’t even realise they are doing it.

Psychiatrists regard Trichotillomania as a psychological disorder, though there is some debate over this as it has also been likened to a bad habit, such as nail biting. Some doctors think it is more in tune with Tourette’s syndrome.

In one of the website’s first postings, Ms Lawson writes: “For the most part, I spend about an hour a day pulling the hair out of my hands, but it’s hard to know exactly how much time. I often black-out and just pull and pull and pull. But reality hits when my fingernails are throbbing and my knuckles are rough and bloody. Then I feel ashamed of myself and embarrassed about the damage I’ve caused, which usually leads to more pulling.”

Elsewhere on the website in an open letter to Trichotillomania, a young British woman named Bridget Bradley who also has the condition writes: “You have always been my other self, who understands what I need to mask the pain of being me. I hate you and I love you, I loathe you and I want you. But someday I hope, I will be able to write this letter differently, and say goodbye to you, once and for all.”

When looking to overcome this condition, the psychological and compulsive behavioral aspects of Trichotillomania are the first to be dealt with. This generally involves seeing a GP who can then refer the patient on to a psychotherapist specializing in CBT - Cognitive Behavioral Therapy. By learning CBT techniques trich-sufferers can often start to understand and control their hair-pulling urges, although this approach is not widely taken by the NHS.

Belgravia only treats people with trichotillomania who are 'pull-free' so once the patient’s psychological wellbeing and, specifically, their ability to stop pulling is being properly managed it is possible to look into addressing their physical hair loss.

If the follicles are still functional, meaning if there is still hair rather than shiny skin visible, then a personalised hair loss treatment plan can help to accelerate regrowth. In cases where the follicles have been irreparably damaged, a specialist may be able to offer other suggestions, such as hair replacement systems, if it is clear that treatments are unsuitable.