Although baldness affects men more than women, the idea of losing hair has been highlighted as a major concern for women too. The report, compiled by Vision Critical Research, discovered that 78% of women worry about being affected by thinning hair and other female hair loss conditions. 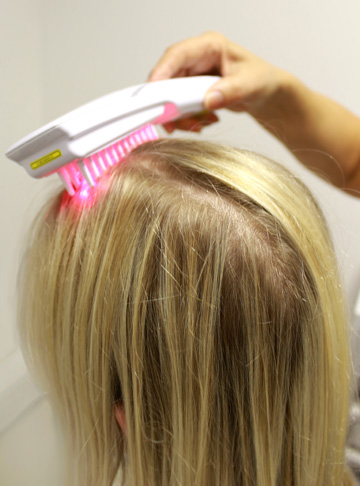 
According to studies published in the British Journal of Dermatology, around one-third of British women experience hair loss conditions, with the chances of being affected increasing as they get older and reach menopause. Men on the other hand tend to be more widely affected, with their ages roughly indicating their chances of experiencing genetic baldness (e.g. around 50% of men aged 50 will be displaying visible signs of balding).


Respondents to the recent survey also suggested that they were more concerned about the views of other women regarding hair loss than what men might say or think. The research team concluded that the comments of female peers have a much greater impact on self-esteem than those from men.

The research team, led by Dr. Kurt Wolff, also found an unusual age disparity in responses. Women aged over 60, who are statistically more likely to be affected by hair loss conditions, were much less likely to be concerned about thinning hair than their younger peers. 75% of women aged between 40 and 49 were anxious about hair loss, compared to just 49% of those aged over 60.

Dr Wolff and his team conclude their report by suggesting that hair loss has not been normalised amongst women in the way that it has amongst men.


Women concerned about potential hair loss should seek professional advice as soon as they suspect there may be a problem. By receiving an accurate diagnosis, they will know whether the hair loss condition is temporary, or the signs of a more serious condition that requires intervention.

By taking early action, women will also be able to start a discreet personalised treatment plan designed to combat the hair loss condition and promote regrowth before their friends and peers even notice their hair may be thinning.