A planned study into the efficacy of a certain type of laser on Alopecia Areata in children has been withdrawn due to a lack of test-subjects. 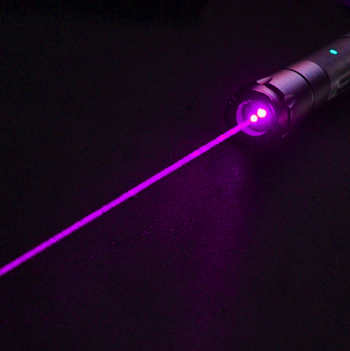 Although using minoxidil as a topical treatment for alopecia areata can be effective in the mild-to-moderate stages of this autoimmune condition, this is only available to people aged 16 and over.

The laser idea was conceived by doctors at the Phoenix Children’s Hospital in Arizona who were concerned about hair loss in their young patients and had hoped to use a focused narrow-band ultraviolet-B light via an excimer laser, a device often used in eye surgery and dermatology.

Their goal was to test the feasibility of the 308-nm excimer laser for treatment of patchy Alopecia Areata over a period of 12 weeks. Unfortunately sign-up was slow, however, and the study had to be scrapped before trials began.

The hospital's medical team specifically wanted to look at children aged between 6 and 17 who had been diagnosed with Alopecia Areata for more than six months. Treatment was intended to take place twice a week, and the doctors hoped to measure not just how successful they were in achieving regrowth, but also wanted to see if there were any side-effects and find out how patients viewed the treatment.

While it's impossible to know if the study would have been a success, there's a chance it might have opened a window of possibility for the many children around the world with Alopecia Areata, a condition that manifests itself as circular or oval bald patches which appear suddenly on the scalp. These can appear anywhere on the scalp and can also join up to form larger areas. Whilst there are treatments available, the condition currently has no known cure, though fortunately in many cases hair does grow back naturally within 12 months. Sudden shock, trauma and stress are thought to be among Alopecia Areata's primary triggers and condition can recur even once hair has regrown.

Laser use for hair loss 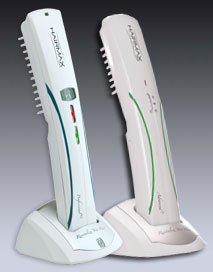 The use of lasers in treatment for hair loss is certainly not unprecedented. The HairMax LaserComb, for example, has been FDA-cleared by the US Food and Drug Administration to promote hair growth. Rather than using UVB rays, it emits a low-level laser treatment (LLLT) onto the scalp and is available in 9-beam and 12-beam versions. These devices are generally used to help people with the genetic conditions Male and Female Pattern Hair Loss speed up the regrowth and improve the efficacy of their hair loss treatment.

Studies have shown that laser light energy can penetrate soft tissue, and increases the action of a molecule known as ATP which is a major carrier of energy. It some ways, it is similar to the way in which plants are nourished by light that is converted into chemical energy.

Despite this investigation into using laser technology to help treat childhood Alopecia Areata, there are many other trials currently underway so hopefully we are moving closer to new developments in this area every day. In the meantime, children with hair loss - or their friends and family - can contact charities such as Alopecia UK for help dealing with the experience. Whilst the Little Princess Trust can arrange free wigs for children in the UK who have lost their hair from alopecia, cancer or for other reasons, to help them feel less self-conscious.