Spurs Fan Explains Why Sportsmen Don’t Like Losing… Their Hair

Footballers like Wayne Rooney spend so much time, money and effort trying to beat hair loss because they don’t want to be called “granddad” in the dressing room, according to noted writer and Spurs fan Hunter Davies.

Davies, writing in the New Statesman, says he thinks that that active sportsmen equate baldness with growing old. “They’re worried that some manager will think, ‘He’s getting on, let’s sell him,” he writes. 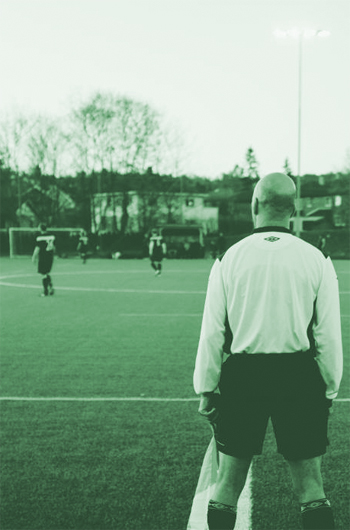 
Relatively few men willingly embrace hair loss, as many perceive it as a sign that they are indeed getting older and wrongly believe that they will likely become less attractive to the opposite sex.

While Davies points out that Sean Connery and he himself don’t seem to mind their baldness, what is pretty clear is that they are in the minority. Most men actively dislike losing hair to Male Pattern Baldness, and a great number of them seek out expert help to try and reverse what nature has in mind.

Davies was inspired to write about footballers’ hair loss after media reports about new Chelsea manager Antonio Conte having had a number of hair transplants to help him regain the luscious locks he enjoyed during his playing career. “The Italian fans know it’s false,” writes Davies, “so they snigger.”

It is true that some people think hair transplants are a drastic solution to hair loss: this is because the results of a successful transplant are both rapid and very visible. For this reason, many people choose the more discreet option of following a recommended hair loss treatment course instead. When successful, results appear more gradually, meaning there is no overnight change in appearance. And if Male Pattern Baldness is ‘caught’ early and dealt with from the first signs of thinning, there may be very little noticeable change in the appearance to anyone other than the person experiencing it.


Davies states that Pep Guardiola, Bayern Munich’s manager had the right idea by shaving off all of his hair the minute it started thinning out. “He knew his priorities, knew himself,” Davies says. 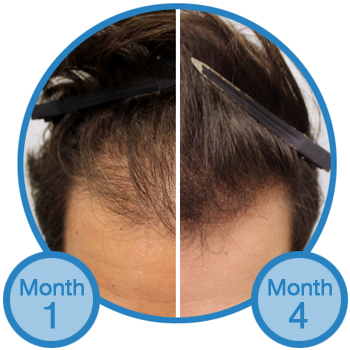 
He also argues that good hair is actually irrelevant to sportsmen as opposed to celebrities like Elton John and James Nesbitt, he says though he does concede that former England manager Steve McClaren’s “fall from grace” and his thinning hair do somehow seem linked.

The stress and lack of confidence that hairloss can bring about could prove an unwelcome distraction, particularly in a profession which requires complete focus and where media attention - as the New Statesman article proves - goes way beyond players' sporting ability and managers' tactical acumen.

It's not just footballers who are affected either. Golfer Tiger Woods has spoken openly about fighting his receding hairline whilst top tennis players including Rafael Nadal have made headlines for their thinning hair, rather than their winning. Nadal was even teased about it by fellow pro, Andy Murray whose hair has been appearing gradually denser in recent years.

There are a wealth of treatment options available to men with hair loss and you don't need to earn professional athlete's wages to afford them so those who opt to do something about it will be in good company. Although he didn't name names, Arsene Wenger did let slip about Arsenal players using hair loss medications, and confessing to close-season hair transplants - for which non-surgical treatment courses featuring MHRA licensed and FDA approved medications are often recommended as on-going aftercare in order to preserve surgical results - is becoming fairly commonplace.

So, whether you’re a sportsman, a celebrity or a regular person, a visit to a dedicated hair loss specialist can rapidly bring you up to speed with what is available, and once a diagnosis is made then suitable options and expectations can quickly be understood.