If Jennifer Aniston’s 'Rachel' defined the look of the nineties, Kristin Davis’ Sex and the City character 'Charlotte' could easily lay claim to being one of the best-known hair icons of the noughties. Her well-groomed look was characterised by full, shiny, voluminous brown locks. And just like Aniston, it has emerged that Davis has also suffered from hair loss.

Whereas the former Friends star lost hair due to an over-reliance on hair extensions, which can put excessive strain on the follicles and lead to a condition named Traction Alopecia, Davis’ thinning hair was likely caused by something else. 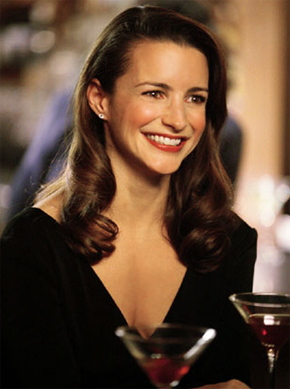 Kristin Davis in Sex and the City as Charlotte who was known for her full, glossy mane

Coming clean about her shedding on Instagram, Davis says that her hair “disappeared”. More specifically, she explains that, “it got thin super damaged, seemingly overnight.”

At 52, the UNICEF ambassador and animal rights activist is around the age when the genetic condition Female Pattern Hair Loss becomes a serious possibility. Millions of women from their 20s upwards are affected by this hereditary concern which causes thinning hair around the top of the head and hairline. Whilst this type of shedding used to start to affect women later in life, from around their 50's onwards, due to the many modern lifestyle issues known to accelerate genetic hair loss in those with an inherited predisposition, it is now common to see adult women of all ages being affected.

In addition to the thinning along the vertex, one of the key signs of which is the parting appearing ever-wider, this permanent hair loss condition also causes a reduced hair density. This is something Davis seems to have experienced along with significant thinning around the temple areas and hairline.

The good news is that a bespoke women's hair loss treatment course can be effective at stopping this hair loss and encouraging regrowth, helping to restore thickness to the hair.

The main reason that Davis has been speaking out about her thinning hair appears to be that she has signed up to be the face of a styling product brand named Volaire, which Davis uses and says, has helped thicken her hair and make it soft.

While volumising styling and haircare products may help to repair styling damage, it should be noted that any increase to the overall density of the hair is almost always entirely cosmetic. Styling products are designed to temporarily plump up the hair rather than address hair thinning at a biological level. In other words, they simply will not treat a hair loss condition, though they can offer a way to help disguise it in the short term. 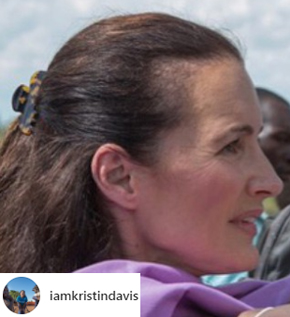 Kristin Davis pictured during a UNICEF mission in 2016

Female pattern hair loss is not the only possible diagnosis for Ms Davis losing some of her volume; what may have happened is that the punishing styling regime she underwent during the six year run of Sex And The City led to hair breakage. This is a common issue after extreme heat styling, and by her own admission, Davis’ says that getting the Charlotte look was never easy.

“It was always very difficult hair, which no one believes when I tell them,” she told fashion website WWD. “It’s always been not quite that easy, but because I had a lot of hair the professionals could help make me look nice. It’s not like I woke up and had Charlotte hair.”

In addition to styling damage, the pattern of Davis' hair loss - whereby it photographs as being particularly intense around the temples and hairline - suggests that Charlotte's love of high ponytails may have lead to a mild case of Traction Alopecia. Whilst it is fairly widely understood that this fully preventable condition is caused by tight hairstyles such as braids, and hair extensions, taut high ponytails and buns can also lead to this treatable condition.

Hair loss in women is by no means uncommon, and there are different solutions for different conditions. Because of this, it can make sense to seek out the help of a hair loss professional for advice on how best to proceed. While some hairdressers may be able to identify the cause of hair thinning, most will lack the in-depth knowledge and training of someone who diagnoses shedding conditions every day.