Today, 4th February, is World Cancer Day, and for the first time ever friends and relatives of cancer patients are being invited to see what they, too, would look like with severe hair loss.

Based around an app and a twitter hashtag, the #NoHairSelfie campaign lets people manipulate a photo they take on their smartphone so that they can see what they would look like with a smooth, shiny scalp or buzz cut. With hair loss from cancer treatment a very real part of many patients' journey, it is hoped that the initiative will help raise awareness for what is an oft-overlooked aspect of the disease. 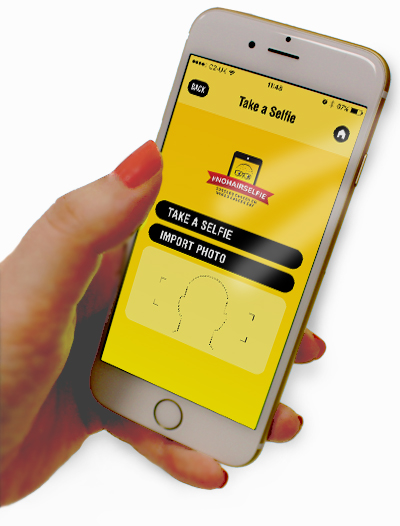 "One of the most visible and devastating side effects of cancer treatment is hair loss," says Laura Syron, Vice President of Community Programs at Toronto’s Princess Margaret Cancer Foundation, which created the NoHairSelfie campaign. "It's also the one thing people identify with most when watching a loved one undergo treatment.”

Participants worldwide are being encouraged to spread their images on Twitter, Facebook and Instagram using the hashtag #NoHairSelfie, and more than 30,000 pictures had already been uploaded by the weekend.

Augmenting these virtual snaps will be photographs of people who have been sponsored to shave their head for real, and whose sponsorship efforts could bring in upwards of a million Canadian dollars which will be used towards cancer research. People around the world can donate or sponsor others - friends or strangers - by downloading the #NoHairSelfie app from Apple's App Store or visiting the campaign's website.

At the time of writing, a wild-haired Canadian “writer, producer, performer and magician” named David Ben was leading the way with pledges of almost $250,000. Writing about why he plans to get rid of his locks, he said that: “ I have met many people who have lost their hair while undergoing treatment. And I have always viewed the loss of hair as a badge of honour, and that the person who lost their hair deserved the utmost respect - the same sort of respect that is reserved for veterans and first responders. To honour them, I will make my hair disappear with pleasure on February 4.”

Fundraising is expected to be given a further boost with the launch of a new video game named Lost In Harmony which features music from Wyclef Jean. It follows the story of a teenager named Kaito who discovers that his best friend has cancer, and is also available from the App Store. 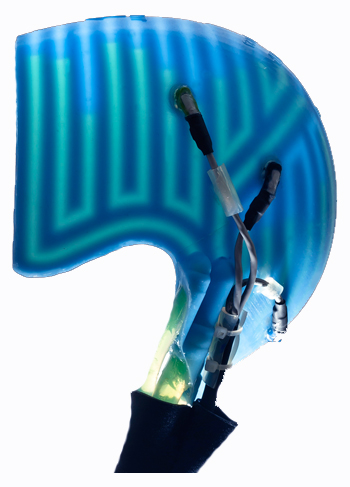 While hair loss from chemotherapy is rarely permanent and the hair should regrow naturally, it remains a deeply upsetting aspect of the disease for the many millions of people diagnosed each year.

While it is time that is normally needed for cancer patients to recover their hair, some people, particularly those who are struggling to get their hair back as quickly as they would like, find that a bespoke hair loss treatment course can help to accelerate regrowth and ensure that returning hair is in good condition.

Scalp cooling technology which can help patients to retain their hair during treatment is becoming increasingly prevalent in cancer wards. The FDA in America recently approved the DigniCap and British cold cap inventors, Paxman, are currently carrying out clinical trials in order to establish similar approvals for their products.

Cold caps - the inside of which is pictured here - are worn during chemo sessions and work by freezing the scalp in order to deter blood flow carrying the chemotherapy drugs that attack hair follicles and cause hair loss from reaching it. Ice often forms inside the caps due to the low temperatures, which can be uncomfortable for patients but the process is not believed to be painful as such.

Chemotherapy Hair Loss To Become A Thing Of The Past

Chemotherapy Hair Loss To Become A Thing Of The Past