For nigh on a decade, whether you eat it, juice it or even take it in tablet form, kale has been growing in popularity among the health-conscious because it is packed with nutrients, but a new report casts a worrying new light on this green superfood.

According to experts, a percentage of farmed kale is heavily contaminated with dangerous metals, which can lead to fatigue, digestive problems and even hair loss.

Kale a magnet to dangerous metals? 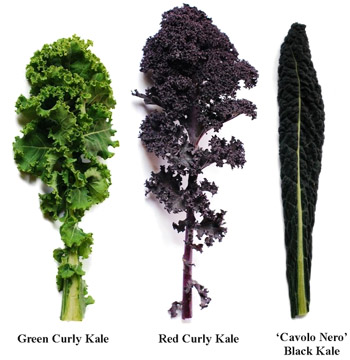 Figures released by the U.S. Department of Agriculture recorded 954 farms producing kale in 2007, which had skyrocketed to 2,500 by 2012 as kale established itself at the forefront of the 'green vegetable' food trend.

A report in Harper's Bazaar explains how molecular biologist Ernie Hubbard (pictured) found in a recent study that kale is a “hyper-accumulator of heavy metals like thallium and caesium.” The article also states that traces of nickel, lead, aluminium and even arsenic are common in many green vegetables even those farmed organically. The problem, according to the magazine, is thought to be the soil that vegetables are grown in and the way that kale in particular seems to absorb it.

A longer article on the subject in Craftsmanship magazine  in which Hubbard is described as “the vegetable detective” explores the scientist’s work more fully and goes on to explain how he has grown to be convinced that kale and similar vegetables contain dangerous levels of harmful metals. “If it’s in the soil, the leafy greens will take it up,” he says.

The Craftsmanship article goes on to describe how one extremely fit vegetarian in her early 50s started complaining of brain fog and fatigue. More alarmingly, the beautiful hair that people had long complimented her on suddenly started falling out “in clumps”. Her favourite vegetables were kale and cabbage. 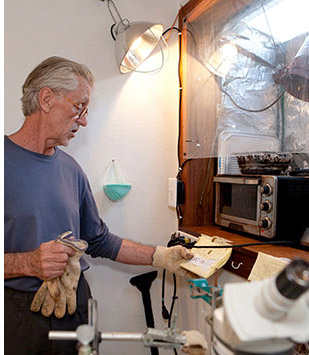 In tests, Hubbard found that the levels of thallium a product once found in rat poison in her urine were seven times higher than what would be considered the “threshold” limit. More tellingly, they were more than 4,000 times that of most Americans  at least according to figures taken in 2004, before kale became popular.

Hubbard’s work is ongoing and he’s keeping his mind open about the root cause of the problem. Possibilities include contaminated fertilisers, polluted rainwater and even different breeds of kale that seem to attract metals.

While we’ve yet to see doctors around the world strike kale off the menu just yet, it does raise the question of the safety yet again of the foods we eat, and whether they are harmful to our health. If you’re a kale lover and suddenly notice your hair thinning, a visit to a specialist hair loss clinic would be a good idea: once there, an expert can help diagnose your condition and recommend treatment.

The type of hair loss experienced as a side effect of dietary concerns - whether these are deficiencies, or even an excessive intake of certain vitamins - is generally something known as Telogen Effluvium. A key indicator of the condition is rapidly thinning hair which sheds from all over the scalp and tends to look dull due to malnourished follicles.

It is a temporary hair loss condition which tends to last no longer than 12 months as long as the underlying cause that prompted the shedding, is addressed. Telogen Effluvium can, however, trigger or worsen Male or Female Pattern Hair Loss in those with a genetic predisposition. In cases where the reason for developing the condition are not dealt with, the condition can exacerbate, leading to Chronic Telogen Effluvium which lasts for a minimum of 12 months and also causes diffuse thinning.

Treatment for Telogen Effluvium can help to promote regrowth whilst an additional option for restoring the hair's lustre is to take a natural hair supplement. Whilst they are are not meant to replace a balanced diet, Hair Vitalics, Belgravia's proprietary supplement designed to maintain and improve the health of your hair by feeding it essential vitamins and nutrients, can help to improve the condition of your hair from within.