There’s probably not a person alive who would be surprised at the news that smoking is bad for your health, but what a lot of people don’t know is that it can also play a part in certain hair loss conditions.

Given that hair loss and overall health are so closely related, the link between smoking and hair loss perhaps seems less of a stretch than at first glance. Indeed, smoking has been named as a contributory factor in countless cases of thinning hair and E-cigarettes and ‘vaping’ aren’t necessarily the solution. 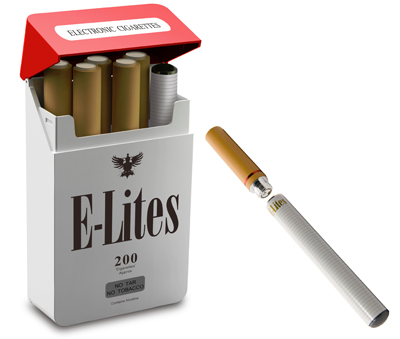 Habit may lead to hair loss

The Daily Mail recently reported on a new, potentially safer e-cigarette being developed by British American Tobacco that could be just what smokers need if they want to stop worrying that their habit may lead to hair loss. According to the newspaper, the new device will combine vaping technology with fresh tobacco flavourings (instead of nicotine liquids) for a more satisfying and allegedly less harmful smoking experience. By doing so, many of the toxins associated with cigarettes both real and electronic can be eliminated.

There are several theories about how smoking can affect hair health and thus intensify hair loss; it is widely believed that the genetic conditions Male Pattern Baldness and Female Pattern Hair Loss can be sped up by smoking. A study of 740 Taiwanese men in 2007 found some correlation between genetic hair loss and smoking.

As to why, it has been suggested that nicotine and carbon monoxide, both found in cigarettes, may restrict the flow of blood (and, in turn oxygen) to the outermost parts of the body, such as fingertips, toes and the scalp.

Vaping, the much-celebrated (initially, at least) alternative to cigarettes, popularised by the likes of actor Leonardo DiCaprio, is not without its controversy either.

As has been previously reported, the nicotine in e-cigarettes increases blood pressure and heart rate and can also constrict the blood vessels, denying the extremities oxygen in much the same way as regular cigarettes. It was noted that by depriving hair follicles of nourishment, it is possible that they may prematurely enter the resting phase of their normal growth cycle, resulting in hair thinning and falling out. Continues below...

Additionally, e-cigarettes have been linked to hair loss many times anecdotally, with multiple people claiming on social media and online forums how their genetic thinning has got worse since they started vaping. However, no studies have been done on this yet as it is still a relatively new phenomenon.

When visiting a hair loss expert, people often find that it is not just their scalp that comes under the microscope, but their lifestyle too.

While medically-proven hair loss treatments play the most vital role in a client’s regrowth process, it is also true that lifestyle changes   such as stopping smoking, following a balanced diet and minimizing stress - may help by leading to better overall hair health.

Although genetics - which will not be influenced by external lifestyle factors - play the biggest role in the majority of hair loss conditions, following these tips alongside a bespoke regrowth plan can aid your hair in regaining its natural strength and vitality, as well as helping you to be generally more healthy.