A NASDAQ-listed American biopharmaceutical company has announced plans to investigate a modified analog of the bone marrow cancer drug Ruxolitinib as a treatment for the autoimmune disorder Alopecia Areata, which manifests itself as sudden, patchy hair loss.

The company, Concert Pharmaceuticals of Lexington, Massachusetts, says that its focus will be a deuterium-modified analog of Ruxolitinib named CTP-543, and that it expects to begin Phase 1 clinical evaluation of it this year, with a full study into its efficacy in 2017. 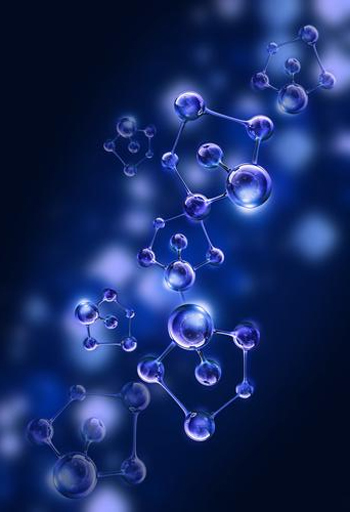 Announcing its plans to the media, Concert states that: “CTP-543 is a deuterium-modified analog of ruxolitinib, which selectively inhibits Janus kinases 1 and 2, known as JAK1 and JAK2. Ruxolitinib is commercially available under the name Jakafi in the United States for the treatment of myelofibrosis and polycythemia vera… it has been used to treat alopecia areata in academic settings, including an investigator-sponsored clinical trial, and has been shown to promote hair growth in individuals with moderate to severe disease. Preclinical studies conducted by the Company demonstrated that CTP-543 retains ruxolitinib's selective JAK 1/2 inhibition profile and shows improved metabolic stability.”

The potential of Janus Kinase inhibitors, or 'JAK inhibitors' as a possible treatment for Alopecia Areata and other hair loss conditions was discovered almost by accident. In several different incidents, patients being treated with a drug belonging to this group showed hair growth during treatment for something else. Among them was a boy in Israel being treated for concomitant CANDLE syndrome: he also had Alopecia Areata and his doctors were stunned when his treatment with the cancer medication Baricitinib (containing the JAK inhibitor tofacitinib) led to hair regrowth.

Similarly, Xeljanz (Tofacitinib Citrate) led to particularly impressive hair growth on a patient with both plaque psoriasis and the extreme hair loss condition Alopecia Universalis - both of which are autoimmune disorders. His medical team at Yale University correctly postulated that they could treat both conditions with Tofacitinib Citrate, which is approved in the US to treat an entirely different autoimmune disease  rheumatoid arthritis.

Because of these and other findings, multiple scientific teams are now investigating how best to exploit the hair-growing capabilities of JAK inhibitor drugs. Their goal is to find something with a high success rate that works quickly, is permanent, and comes with as few and as minor side effects as possible. At present, the side-effects of some of these drugs is a cause for concern, and would likely put off some potential users. Tofacitinib, for example, suppresses the immune system which means that the body is less resistant to opportunistic infections, meaning some cancers could be more likely to develop in the long term. 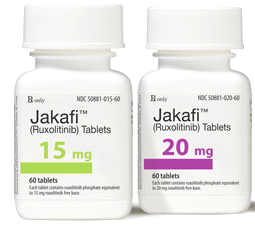 These and other problems are likely to be investigated rigorously in the coming years, and the chances of a JAK inhibitor based treatment for Alopecia Areata eventually making it to market appear strong. Those with other forms of hair loss, most notably Male Pattern Baldness and Female Pattern Hair Loss, may also benefit: Aclaris Therapeutics in the US recently announced a “strong commitment” to exploring JAK inhibitors as a future treatment for both Alopecia Areata and genetic hair loss, too.

"CTP-543 is a prime example of the application of our deuterium platform to create proprietary new medicines which enhance and extend the utility of known molecules into new therapeutic areas,” says Roger Tung Ph.D, President and CEO of Concert Pharmaceuticals. “We believe we have developed a valuable, potentially first-in-class new drug candidate.”

What all of the various research teams are hoping for is something that will raise the bar in terms of what they can offer to people, especially those with severe forms of Alopecia Areata. Although there are various convincing Alopecia Areata treatment options for adults with mild to moderate patchy hair loss, for those whose scalp is left completely bald due to Alopecia Totalis or Alopecia Universalis there are no truly effective treatment methods currently available. As such, the news of these potential breakthroughs is being closely monitored by the Alopecia community.