As part of the 2018 Mental Health Awareness Week, England rugby star Heather Fisher has spoken out about battling her own body image issues.

This involves coping with not only anorexia but the effects of having lost all her hair, from head to toe, to a severe form of the autoimmune disorder Alopecia Areata.

Mental side of hair loss


Talking to The Telegraph, Fisher, whose hair started falling out in 2010, explains that, though generally an optimist, her hair loss can still get her down. 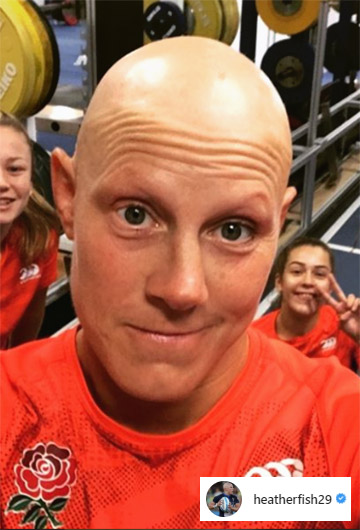 ‘‘I am a positive person but realistically, if you lost your hair you would struggle, too. There is always going to be a mental side to it, if any woman loses her hair, it is going to feel s--- and you can’t help but feel ugly and like no one would fancy or go out with you because it is a massive thing,” says the 33 year old.

Hair loss of any kind can be extremely tough and various people, including TV personality Gail Porter and actress Jackie Nguyen, have spoken out about depression as a result of Alopecia Areata. This can be particularly traumatic due to its sudden onset and a 2014 study revealed that Alopecia Areata could indeed be linked to various mental health issues.

Everyone develops their own mechanisms for coping with Alopecia Areata - whether it means wearing a wig and false eyelashes to boost self-confidence, having tattooed eyebrow microblading, or learning to embrace being bald.

In the searingly honest interview, the rugby sevens flanker says that, despite the appearance of being strong she does not actually cope with her condition - Alopecia Universalis - particularly well, except when she is actually playing rugby.

However, Fisher also confirms that she refuses to let her autoimmune alopecia define her or hold her back from being successful - something her 22 appearances for England and bronze Commonwealth Games medal attest to.

Hair regrowth hope on the horizon


Although she has made the decision not to wear wigs in order to stay true to her authentic self, given the choice, Heather Fisher says that she would prefer to have hair. 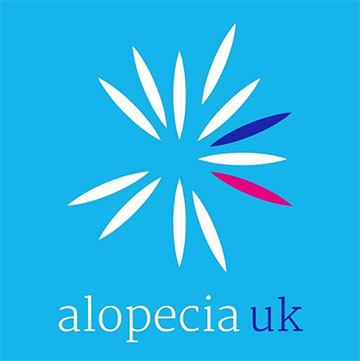 Whilst Alopecia Areata treatment is available for the scalp-only form of the disorder, the more severe forms - including Fisher's phenotype - do not yet have any truly effective options. However, for the first time ever there is hope on the horizon due to a suite of drugs known as Janus kinase (JAK) inhibitors. Topical and oral medications are currently being developed by a number of companies, and are seeing promising results encouraging hair regrowth in all forms of Alopecia Areata, from mild to extreme.

Assuming the current clinical trials progress well and the relevant MHRA and FDA licences and approvals are granted once safety, tolerability and efficacy has been sufficiently proven, it is believed that these drugs could be ready for prescription by 2021. One potential new treatment has even had its development trials fast-tracked by the FDA which is keen to bring a suitable medication to market in order to meet this currently un-served need.

In the meantime, hair loss charities such as Alopecia UK - for whom Fisher is an ambassador, alongside former Olympic cyclist Joanna Rowsell-Shand and the author Sue Hampton - can provide advice, inspiration and peer support to those affected. Or, for those aged 24 and under, the Little Princess Trust and Hero by LPT are able to provide high quality real-hair wigs free of charge.