A popular rugby league player who recently took steps to deal with his hair loss has revealed that he wanted to do so to regain his confidence and stop cruel taunts from others.

England and Castleford Tigers scrum-half Luke Gale had been experiencing a receding hairline for some years - a classic sign of male pattern baldness. This genetic condition affects vast swathes of men worldwide, with around half of all males losing hair to it by the time they are 50. Though Gale is only 29, it is by no means unusual to develop this hereditary issue at his age; the condition can strike any time post-puberty and is becoming increasingly common among men in their 20s. 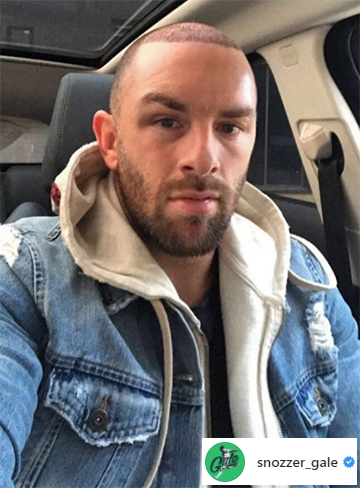 
Many men choose to tackle their genetic hair loss with a male pattern hair loss treatment course, but Gale chose the surgical route and shelled out £6,000 for a seven-and-a-half-hour transplant procedure at a private clinic in Leeds. Possibly inspired by footballer Wayne Rooney, whose hair transplants have reportedly cost in excess of £30,000 - despite the long-term results being less than stellar - the player saw his surgeon move almost 2,500 hair follicles from the sides and back of his scalp to the front of his head.

What is interesting is that the operation is merely the start of Gale’s hair restoration journey, as he will need to use hair loss treatment products if he doesn’t want to run the risk of his existing hairs, those that surround the newly-implanted ones, to thin out which they are likely to do as they remain susceptible to the ravages of a testosterone by-product named DHT.

A biological quirk of genetic hair loss women means that follicles at the back and sides of the head are usually not affected by the mechanics that make hair fall out, and this “immunity” tends to follow them when they are transplanted. As such, they should not be affected by DHT.

DHT (dihydrotestosterone) is ultimately responsible for causing hair to gradually thin along the top and front of a man’s head if he has male pattern hairloss. It binds to the susceptible follicles and causes them to shrink and weaken; as a result, thinning hair becomes increasingly evident until eventually it falls out, leading to hair loss in these specific areas such as a receding hairline and/or a thinning crown - which may join up as the condition progresses. 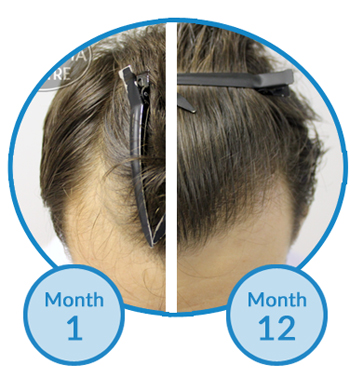 The first is finasteride 1mg which is designed to inhibit the production of DHT, which is not required by the body after puberty, hence the drug is only suitable for medically-approved men aged 18 and over.

This one-a-day tablet is can be used on its own or with topical applications of appropriate formulations of high-strength minoxidil, the second proven male hairloss treatment. This vasodilator is applied directly to the scalp in order to promote hair growth and is particularly beneficial for treating areas of stubborn hairloss, such as those around the hairline and crown areas.

Treatment can be bolstered by several further hair growth supporting products which bring additional benefits by stimulating the follicles and, in the case of Hair Vitalics for Men - Belgravia's exclusive premium food supplement - can help to maintain normal healthy hair growth via the inclusion of biotin, selenium and zinc.

This type of hair regimen can be followed both before a hair transplant - in order to stabilise shedding and maximise hair growth - and afterwards, as a diligent aftercare programme to preserve the look of post-surgery hair. However, it can also be used on its own - no surgery required - as a way of preventing baldness. Hair restoration is only really 'necessary' when it comes to cases of hair loss that is so advanced the follicles can no longer be stimulated through pharmaceutical means. Smaller areas such as the temples or bald spot at the crown can be filled in with grafts, though larger areas may be more difficult to operate on successfully depending on the amount and quality of donor hair available. 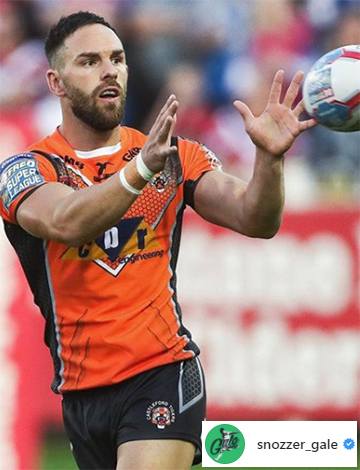 From photos we have seen from before his operation - including the one here showing the scrum-half in action, Luke Gale appears to have a high forehead with some receding - nothing so advanced as to warrant a hair transplant being his only option.


Quoted on thelondoneconomic.com, Gale says: “As a sportsman, being in the spotlight can be incredibly tough sometimes and it can play on the mind and have an impact on performance, regardless of how strong you are as an individual. When you’re lucky enough to be in the public eye for doing what you love, your appearance can make you a target for some. Now the season and the World Cup is over I’m having this procedure to give me the added confidence to go on and have an even better year next year.”

This is far from an uncommon sentiment among sportsmen; cricketer Mohit Sharma blamed his dip in form on having a receding hairline which affected his confidence.

Men who decide to tackle their hair loss frequently comment upon the new-found self-confidence they feel upon seeing themselves with more hair than they have become used to. One thing that Belgravia clients particularly seem to appreciate is that their treatment course involves friendly monitoring and guidance from seasoned hairloss professionals something that they regularly state helps them to stay motivated.