When two companies are studying the same thing in their search for a new hair loss cure, it could be considered a coincidence. When at least four are investing time and money following a virtually identical path, it’s a trend. And when it comes to exploring stem cells derived from adipose (body) fat, the researchers could well be onto something.

At the heart of the four teams’ research is the kind of fat that is extracted during liposuction treatment. Scientists have discovered that they can enrich this fat tissue in a lab and then put it back into the body where it is needed in this case, the scalp. The goal is to be able to add to the suite of products already available at hair clinics to treat the genetic hair loss conditions Male Pattern Baldness and Female Pattern Hair Loss.

Both of these conditions can already be treated and often very successfully, as many thousands of people will attest but the commercialisation of new treatment options remains a tantalising prospect for biopharmaceuticals. Here’s what the main players are up to: 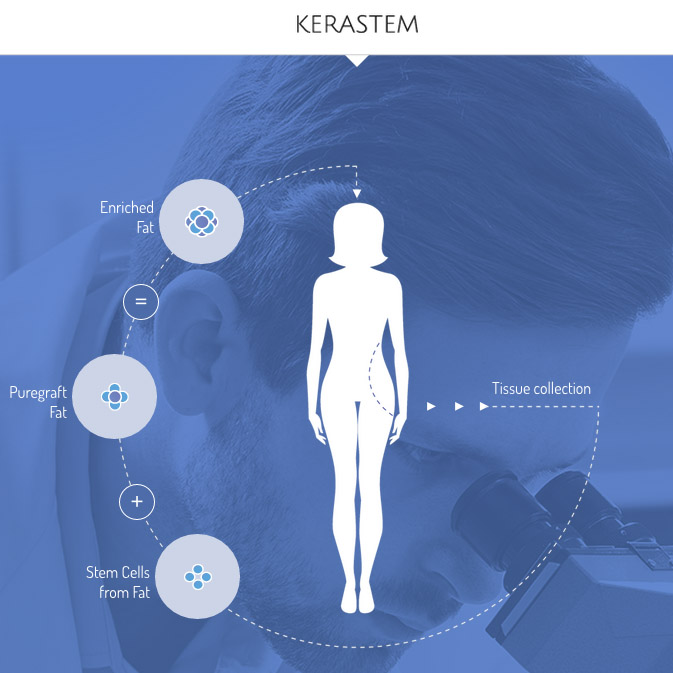 Part of Bimini Technologies, a global company with products on sale all over the world, Kerastem’s focus is on “the development of product solutions for women and men with early hair loss.” They state that their core technology focuses on the emerging relationship between adipose (fat) tissue and hair, “highlighting the increasingly important role that adipose plays in driving the hair growth cycle.”

While their Kerastem Hair Therapy treatment is already available in parts of Europe and in Japan, it is in the US that the company have been generating headlines thanks to their commitment to a major, multi-centre Phase II clinical trial which they have dubbed STYLE (nominally standing for ‘Subcutaneous Transplantation of Autologous Cell Enriched Adipose Tissue For Follicular Niche Stimulation in Early Stage Alopecia Androgenetica’). It began in December 2015, some 70 volunteers are understood to be taking part, and completion is set for mid-2017.

Little is known about this South Korean trial beyond the fact that it was due to be completed in February of this year and that a total of 38 test subjects were involved. In their trial announcement at clinicaltrials.gov, the Pusan team wrote that, “This randomised, placebo-controlled, double-blind study evaluates the efficacy and tolerability of the allogeneic human adipose derived stem cell component extract on androgenic alopecia (genetic hair loss) in relatively healthy adults.”

There has been some suggestion that the product they are trialing may be a commercially-available lotion named Tiara Hair Tonic which is on sale in South Korea but this is unconfirmed. 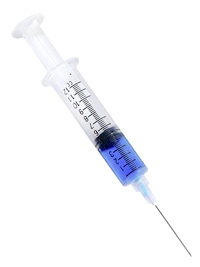 A little more information has been released by this company from Nashville, Tennessee, whose trial involving just eight test subjects is currently underway. It started at the end of 2015 and is scheduled to last one year; their aim is to try and develop an injection that could be used to treat genetic hair loss. Like all of the adipose trials, one of the team’s key goals is to exploit growth factors extracted from the body fat. Their method involves injections of Adipose-derived Stromal Vascular Fraction (SVF) which is a collection of stem cells and growth factors that have been taken from body fat.

The most recently-announced of the trails also involves eight people, and is this time overseen by the University of Florida who write in their clinical trial announcement that: “It has been postulated that SVF cells may promote hair regeneration by increasing the hair-inducing ability of dermal papillae (DP) cells.” This trial begins in July 2016 and is expected to last six months, though final results are not expected until the summer of 2018. 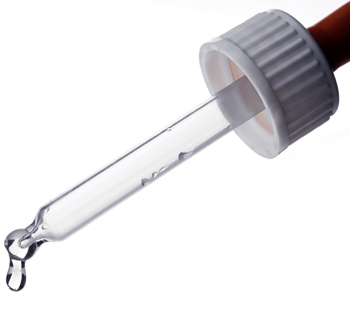 As none of these trials are expected to yield any commercially-available fruit for some time (the approval and licensing of medical products can take years), it may be unwise to “hold off” on treating an existing hair loss condition in the hope that a miracle cure derived from body fat is just around the corner. In the eventuality that one or more of these teams do invent a miraculous new product that quickly and permanently stops Male Pattern Baldness in its tracks, it is likely that treatment undertaken now using existing medications would make the work of these new drugs easier.

As no one knows for sure whether modified adipose as a treatment for genetic hair loss will work, if it will be safe, or when it might be available, to "wait and see" as the plughole gets ever more filled with hair might be a little like carrying on consuming 10,000 calories a day in the hope that a new slimming pill may one day be available.

To get up to speed with exactly what medical science can do for your hair loss condition today, a visit to a dedicated hair loss clinic is recommended, and easy online consultations are also available.