In 2009, then-Twilight star Robert Pattinson was singled out for having the most desirable celebrity hair in a poll of British men. Hair loss, it could safely have been said, was not something he needed to worry about.

But the rigours of endless bleaching, over-styling and generally trying to make sure that his hair looks incredible for the cameras seems to be taking its toll, and the British actor has revealed this month that while filming in New York for new crime movie Good Time he was stunned to see some of his hair falling out.

“Some scenes they peroxided my bangs,” he told reporters. “They changed my hair colour so many times that some of my hair fell out.”

Over-dyeing and styling can cause hair loss issues 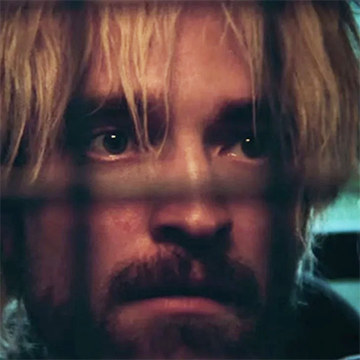 hair is a common source of hair loss problems, as it can leave the hair looking dry and lifeless. Hair breakage where weakened strands snap off along the shaft and leave hair looking thin and frizzy can be an issue, while something known as ‘the leeching process’ can remove dye from the proteins that compose hair shafts and negatively affect the texture of the strands.

In extreme cases, dyes can so badly damage the hair that noticeable thinning and even bald patches are seen. This 'chemical haircut' is often the result of a fully-preventable hairloss condition called Traction Alopecia, despite this being more commonly associated with the wearing of wigs and tight hairstyles.

Celebrities from Eastenders' Danny Dyer to Katy Perry and Gabrielle Union have spoken about the hair loss they experienced as a result of over-dyeing and over-bleaching their hair for performances.

Additionally, if the body reacts badly to what it perceives to be a chemical onslaught then a hair loss condition named Telogen Effluvium can ensue, which will lead to further thinning. The condition is usually temporary and typically only lasts a matter of months, and recovery can sometimes be sped up with tailored Telogen Effluvium treatment. Though, as this condition can trigger genetic hair loss where there is an existing or underlying predisposition, it is wise to have a specialist consultation should thinning hair become a problem.

As well as this, some people suffer allergic reactions to dyes, and may have to contend with everything from itchy scalps to irritated necks and ears and also hairloss as a result.

It is not clear just how bad Pattinson’s hair loss is because most recent Paparazzi shots of the actor show him wearing a baseball cap. However, red carpet footage from the Good Time premiere suggests there’s nothing obviously serious going on, though his hair does perhaps seem a little wispy around the temples. 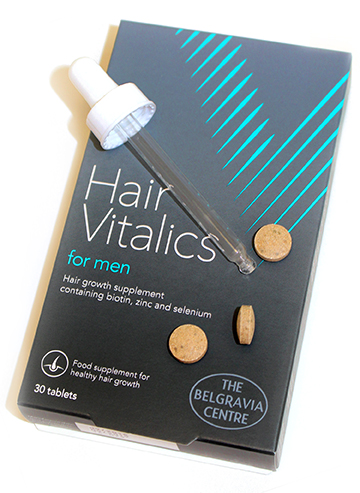 Many actors and actresses have a hard time keeping their hair in good shape because of the demands placed on them during filming. Hair pieces, which can cause stress on the follicles and also lead to Traction Alopecia, are commonly worn for roles, and hair dyes are also often necessary when directors want a particular look for a character.

Whilst Traction Alopecia treatment is possible, and topical applications of high strength minoxidil, combined with a range of appropriate hair growth boosters, and removing the cause of the hair loss, can provide significant relief, the best form of preventing hair loss is to avoid these triggering factors as far as possible.

What’s interesting is that several Hollywood insiders have discussed the sometimes bizarre lengths that some celebrities will go to to look good for the TV and press cameras, resorting to hair transplants, concealer fibres, scalp colouring powders and sometimes far stranger methods.

Many men in the entertainment industry are also thought to be habitual users of male hair loss treatment courses, as well. By following specially-devised custom plans, they can often reverse signs of Male Pattern Hair Loss - regrowing hair, improving hair density and preventing baldness moving forward, as privately as possible.