The findings of a recent systematic review into Alopecia Areata has found the autoimmune condition now affects 2 per cent of the global population.

This makes it the second most common form of hair loss in the world, behind androgenic alopecia. 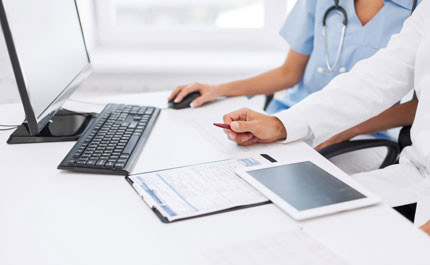 The review, which was carried out at the University of Miami Miller School of Medicine in America, found alopecia areata to be the 'most prevalent' autoimmune disorder in the world.

According to their findings, an estimated 2.4 million people in the USA visit their doctor about Alopecia Areata (AA) - that's 25 per cent of the visits for all types of alopecia.

Based on two large population-based studies, it appeared that AA affects men and women almost equally. However, this conflicts with separate, earlier hospital-based studies which found disparities between male to female ratios of those affected.

Following their research, the review concluded that the scalp is involved in almost all cases of AA, with the occipital scalp (the back of the head) being most commonly affected. These cases could present either with or without hair loss affecting other areas of the body.


Researchers found the course of AA to be unpredictable, with spontaneous regrowth of hair occurring in 80 per cent of patients within the first year, although it was noted that sudden relapse remained possible at any given time.

Whilst there are limited treatments for alopecia areata  - particularly when it comes to the more severe forms, Alopecia Totalis and Alopecia Universalis - the lack of a proven 'cure' was recorded. Additionally researchers confirmed that there was currently no way of being able to prevent a relapse, as Alopecia Areata is known to recur.

In addition to treatments such as minoxidil and steroid injections, the importance of 'psychosocial support and therapy' also featured in the report.

Links to other autoimmune conditions


One of the most notable findings from the University's review was the number of cormorbidities associated with Alopecia Areata and often present alongside the autoimmune condition. There was also a significant association between depression and anxiety disorders and AA.

Perhaps confirming what was previously suspected - that people with one autoimmune condition are more susceptible to others - the study found an association between AA and autoimmune thyroid disease, as well as other autoimmune disorders including vitiligo, systemic lupus erythematosus, psoriasis, inflammatory bowel disease, and rheumatoid arthritis.

Most recently it was discovered that 11.1 per cent of people with AA also had diabetes mellitus. Those with AA also reported 'significant increases in levels of insulin', which the study authors hypothesised suggested an 'increased insulin resistance associated with AA'.

“The estimated high prevalence of 2% globally underscores the importance of disease awareness, of unveiling the role of genomics in influencing the likelihood of developing AA, and of discovering potential molecule-oriented treatments,” the study authors concluded.