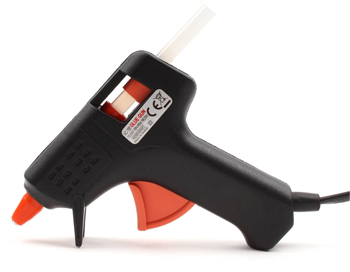 Anyone who’s ever used a glue gun will be familiar with the sticky strands that tend to dangle down from whatever it is you’re trying to stick together. If you can now imagine thousands of these only dry and bunched together it’s not too great a leap to imagine them, or at least something similar, as artificial hair.

It’s an observation not lost on a research team at Carnegie Mellon University in Pittsburgh, who recently took the hot glue gun idea to the next level by creating strands of ‘hair’ with a 3D printer. This completely new way of making artificial hair could one day lead to new options for people with hair loss.

One of the biggest complaints amongst people with hair loss, such as that brought on by the autoimmune disorder Alopecia Areata, is that wigs can be uncomfortable to wear. A completely different way of doing things may one day lead to major changes in the options available. 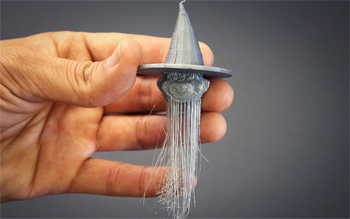 The discovery was made by a PhD student and a small team who were using a 3D printer to create a series of Hobbit-esque fantasy models. Looking for a solution for their goblins’ hair and their horses’ manes they realised that a simple adaptation of a standard, $300 3D printer could give them the answer. In a nutshell, a blob of molten plastic is rapidly stretched by the printer head and once dry it becomes a strand of ‘hair’. 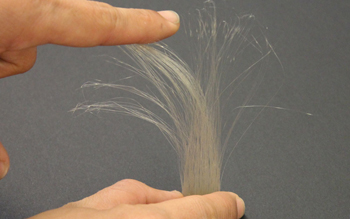 According to techtimes.com, it takes 20 minutes to extrude about 10 square millimetres of the plastic hair, which currently makes anything more than a thimbleful a very time-consuming process. Apparently the hair can be cropped, braided or when a little hot air is applied even curled.

While hardly a red letter day in the field of hair loss research, the team’s findings do highlight once again how discoveries that may one day be significant can sometimes come from unexpected sources. 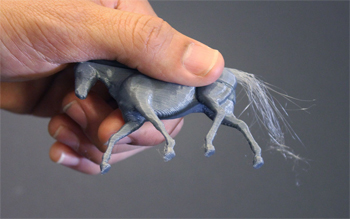 Who knows if today’s miniature wizard beard isn’t going to be tomorrow’s bespoke 3D-printed wig? After all, 3D printed medication is already a reality so maybe print-your-own hair loss treatments aren't that far off!

Another recent example of a discovery coming from the left-field, so to speak, came when scientists at the Yale University School of Medicine used a Pfizer drug named tofacitinib (brand name: Xeljanz) on a patient with both plaque psoriasis and Alopecia Universalis, a condition which results in total hair loss all over the body. 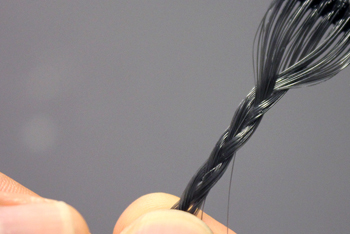 Xeljanz was actually developed for use on patients with rheumatoid arthritis - which, like Alopecia Universalis is classed as an autoimmune disorder. While eight months of the drug was only mildly effective at getting rid of his psoriasis, it was little short of remarkable in terms of hair regrowth, fully restoring his hair after seven years with no growth whatsoever.

The drug, however, is currently unavailable in the UK as it has not been granted a license by the Medicines and Healthcare products Regulatory Agency (MHRA). Concerns about its overall safety persist and further clinical trials, including into topical use of the drug, are ongoing. 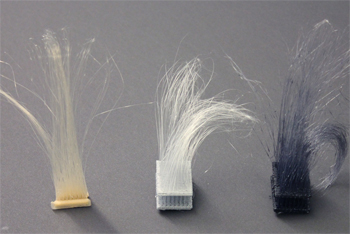 The important point here is that technology and medical science are advancing at a rapid rate; but what about those who are seeking help for their hair loss right now? New treatments can take years to become available due to the rigorous testing they need to go through and, as with most everything, the earlier you start treatment, the better your chances of seeing a result.

Minoxidil, a popular, clinically-proven treatment for genetic hair loss, was also discovered by accident. High strength minoxidil has also been seen to produce encouraging regrowth results when used as an Alopecia Areata treatment by Belgravia clients. For more information about minoxidil available at The Belgravia Centre please contact our Central London clinics.