Researchers Explore Why Zinc Deficiency Can Cause Hair Loss

The trace nutrient Zinc is essential for normal every day functioning of many biological processes, influencing everything from the immune system to nail and hair growth.
Being deficient in zinc - whether through lack of intake or malabsorption - can lead to a number of negative effects, including persistent diarrhoea, acne, severe dermatitis, chronic inflammation, immune system issues, liver disease, mood swings, irritability, and depression. It also helps to regulate insulin so is particularly important for diabetics. 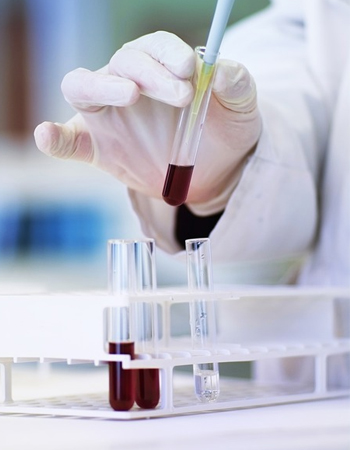 Another side effect that may occur is hair loss from a range of different conditions, including temporary and permanent issues as well as the autoimmune disorder, Alopecia Areata. This can affect any hair-bearing area of the head or body to varying degrees, from causing bald spots to complete hairless-ness. In 2015 it was discovered that zinc supplements may benefit people with Alopecia Areata, whilst in 2017 it was found that people with lower trace minerals in their bloodstream were more prone to this autoimmune disease which attacks the hair follicles.
A team of Japanese researchers has investigated the effects of zinc deficiency on the body and their findings were published in the Communications Biology medical journal on 22nd August 2018.

In 2000, an abstract from research carried out at the University of California at David's Nutrition department stated that key inhibitors of proper zinc absorption were phytate in the form of inositol hexaphosphates and pentaphosphates (contained in cereals, corn and rice), iron when taken together with zinc as a supplement but not if zinc- and iron-containing foods are eaten together, and certain proteins when eaten in large amounts during a meal. Conversely, it reported amino acids, 'such as histidine and methionine, and other low-molecular-weight ions, such as EDTA and organic acids (e.g., citrate), are known to have a positive effect on zinc absorption and have been used for zinc supplements'.
This new study hoped to identify ways in which better understanding zinc deficiency could lead to new ways to administer and use zinc to improve our general health, as well as to help prevent certain side effects associated with deficiencies.
They outlined their findings, as follows: 'Zinc deficiency severely impairs the activities of major ectoenzymes (ENPP1, ENPP3, NT5E/CD73, and TNAP), and also strongly suppresses adenine-nucleotide hydrolysis in cell-membrane preparations or rat plasma, thereby increasing ATP and ADP levels and decreasing adenosine levels. Thus, zinc deficiency delays both extracellular ATP clearance and adenosine generation, and zinc modulates extracellular adenine-nucleotide metabolism. Since the finely tuned balance between extracellular adenine nucleotides and adenosine is critical for purinergic signaling [the regulation of cell functions], these findings provide a novel insight into why zinc deficiency results in diverse symptoms.' 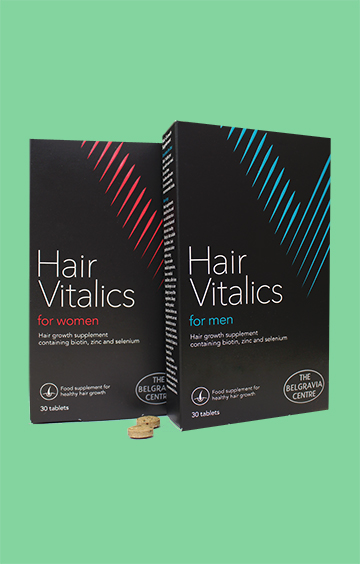 Whilst Male Pattern Baldness and Female Pattern Hair Loss are genetic in nature, and the complex cause of autoimmune alopecia remains unidentified, there are a number of factors known to exacerbate or trigger these conditions. Stress is one of the largest contributing issues but, whilst many think of 'stress' as being an emotional response, it can also be a physical one - where strain is placed on the body internally and it reacts by protecting its critical functions, often disrupting the hair growth cycle.
Diet can play a part in this type of physical stress; when the body is sufficiently deficient in certain vitamins or minerals, the result can be increased hair shedding. This tends to be form a temporary hairloss condition known as Telogen Effluvium which causes thinning hair all over the scalp and, whilst it may appear to come on suddenly, generally only presents around three months after being triggered. This, in turn, can worsen cases of male and female pattern hair loss or trigger their onset in people with an underlying genetic predisposition but who had not shown any previous signs of the condition being active.
The best way to avoid accelerating these permanent hair loss conditions, and preventing temporary thinning, is to have a healthy and balanced approach to diet, exercise and stress-management. Whilst not intended to replace a good diet, food supplements targeted towards hair care can be a helpful addition, offering nutritional support.
If you are concerned that you are still experiencing sudden or excessive hair fall, having an assessment with a professional hair loss specialist can help by identifying the problem, providing hair loss treatment recommendations where appropriate, and generally just giving the peace of mind that comes with receiving an expert diagnosis and advice.

Thinning Hair and Lack of Concentration Linked to Dehydration

Thinning Hair and Lack of Concentration Linked to Dehydration