A five-year study designed to assess the safety of a possible future treatment for hair loss has concluded, with the company behind the trial saying it had met all “primary endpoints.”

The trial was organised by Vancouver-based RepliCel, a pioneering stem cell research company whose expertise in the field has led it to believe that the technology may be ripe for exploitation as a solution to Male Pattern Baldness. 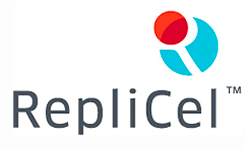 
As with many clinical trials, information is often relatively limited, but it now appears that this particular trial is the same one that Belgravia has covered on this hairloss blog before and pertains to work undertaken at the Scientific Research for Skin and Venereal Diseases in Tbilisi, Georgia. That trial was initiated by a company named TrichoScience Innovations, which was acquired by RepliCel in 2011.

RepliCel seems to be involved in several studies into the use of stem cells as a possible treatment for genetic hair loss, including one in Japan. There, it has teamed up with a company named Shiseido, and created headlines last year when it was rumoured that its treatment could be released by 2018.

But what exactly is RepliCel doing? The answer is not a thousand miles removed from what hair transplant surgeons do namely trying to physically insert new hairs into areas around the top of the head or hairline where there are currently none, or where thinning hair or a receding hairline is apparent.

Existing, non-surgical Male Pattern Hair Loss Treatment courses take a somewhat different approach. Utilising either or both of the two clinically-proven products - finasteride 1mg and high strength minoxidil - androgenetic alopecia is tackled at a biological level. Both medications are MHRA licensed and FDA approved for this purpose and, so far, are the only genetic hair loss solutions to have this level of regulatory recognition. 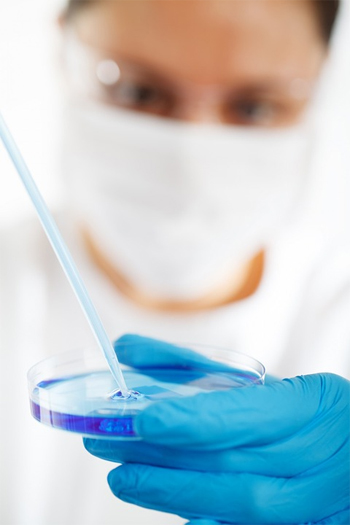 
RepliCel’s goal, however, wasn’t to test the efficacy of its treatment this time around; its aim was to check for side effects, tolerance and overall safety. The results, says the company, were a success, and prompted RepliCel President and CEO R. Lee Buckler to tell the media: “As we march toward commercialisation of this product based on this first-in-human data, our aim is to revolutionize the way we prevent, treat, and even reverse hair loss.”

The product in question is known as RCH-01, and was tested on a total of 19 patients (20 being the original goal). As to what RCH-01 actually is, the company describes it thus: “RCH-01 is an autologous cell therapy utilising dermal sheath cup (DSC) cells isolated from the hair follicle to treat androgenetic alopecia. To manufacture RCH-01, dermal sheath cup cells are isolated from a small punch biopsy taken from the back of a subject’s scalp. These cells are replicated in a GMP compliant cell production facility and the cells are then injected into balding areas on the same subject’s scalp.”

Naturally, the medical team involved in the study took note of any hair growth that arose out of the trial, although it states that this was not statistically significant. In fact, it could be said that the findings are perhaps underwhelming even for a small scale trial, with the seven “top-tier” respondents to treatment recording a greater than 10 per cent increase in hair density at six months. At 24 months, the average hair density increase for these same patients was 8.3 per cent over baseline. The largest increase over 24 months in a single patient was 21 per cent. 
RepliCel says it will now use the findings to hone potential future treatments. It says the findings will inform “basic decisions about further development, provide provocative insights into the product’s potential, and perhaps most importantly provide useful feedback which we can use to drive decisions about process and product development, ongoing research, and future clinical trial parameters.”

It could be years before any such products are developed and acknowledged as both safe and effective in large scale trials. In the meantime, there are already effective and well-established hair loss treatments for men with androgenetic alopecia, as outlined above.

Consulting a hair loss specialist in order to obtain a professional diagnosis and recommendations for treatments and hair growth supporting products based on their findings - all available for use now - is a good first port of call for anyone concerned about losing their hair. Even just talking to an expert in the field can help people worried about hairloss to feel better informed and more positive about their situation.