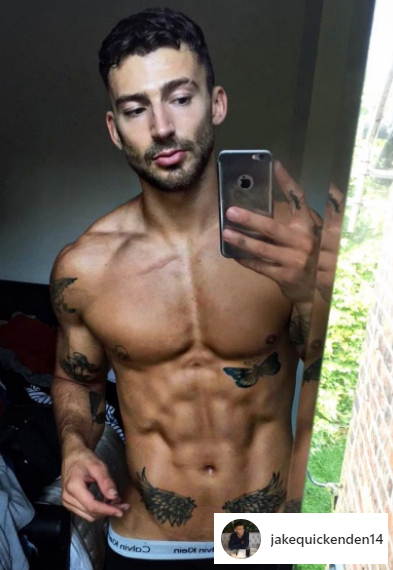 Many men with hair loss use distraction techniques to divert the eye from a thinning crown or receding hairline, but few have gone to such lengths as reality TV star Jake Quickenden.

The former X Factor contestant was recently on Loose Women to talk about his life when the subject of thinning hair came up. The 29-year-old explained that losing hair to the genetic condition male pattern baldness had been bothering him for more than five years. As a result, he joked, he spent much of his time during the 2014 series of I’m A Celebrity… Get Me Out Of Here with no top on so that people wouldn’t be looking at his hair. He also admitted that worries about his hair loss prompted him to wear a bandana for much of his time in the jungle.


Jake is certainly not alone in feeling insecure about his shedding. Male pattern hair loss is incredibly common worldwide and will occur in around half of all men by the time they hit fifty, but that doesn't stop it from being a source of frustration for many. A 2015 poll found that 20 per cent of men believed that having thinning hair made them less attractive, whilst another from 2017 discovered a whopping 81 per cent of men worry about losing their hair.

Male pattern baldness can start any time following puberty in those with a genetic predisposition. It only affects the top of the scalp and typically presents as thinning edges forming a receding hairline or widow's peak, a thinning crown, balding along the top of the scalp, or any combination of these symptoms simultaneously. It can take several years before a man recognises that he is losing his hair as this permanent condition progresses gradually and the rate of shedding varies from person to person.

It is believed a drop in hair density of up to 50 per cent can take place before hairloss becomes apparent.


Treatment for male pattern hair loss has been widely established for stabilising hair fall, encouraging regrowth and preventing baldness.  There are two clinically-proven, MHRA-licensed and FDA-approved medications which can be used on their own or together for this purpose: finasteride 1mg and minoxidil. 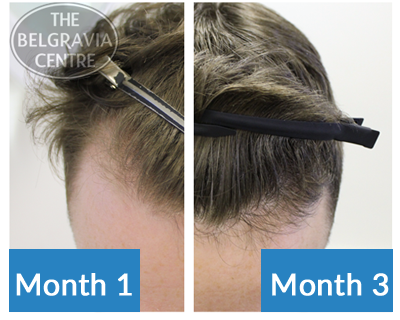 
The first, finasteride 1mg is a once-a-day tablet which inhibits the conversion of testosterone into dihydrotestosterone (DHT). It is DHT which causes the gradual hair thinning associated with men's hairloss. It binds to the sensitive follicles along the top of the head, from crown to hairline and temples, slowly destroying them. As they become smaller and weaker - a process known as follicular miniaturisation - this displays outwardly as thinning hair or receding, with increased hair fall and can, in some cases, lead to eventual baldness.

By minimising the amount of DHT in the system, hair growth should continue unhindered. However, finasteride's effect on frontal hair loss is unproven.

The vasodilator high strength minoxidil is available in a range of formulations, all of which are applied topically to the scalp in order to actively promote hair growth.

These solutions help to promote localised blood flow, and - though the precise mechanism by which hair growth is prompted remains fairly mysterious - it is considered to be due to the opening of potassium channels.

This type of non-invasive hair regimen can be further augmented by the use of additional hair growth supporting products. These include follicle-stimulating low level laser therapy via the home-use LaserComb, and nutritional support via highly-targeted Hair Vitalics for Men food supplements. 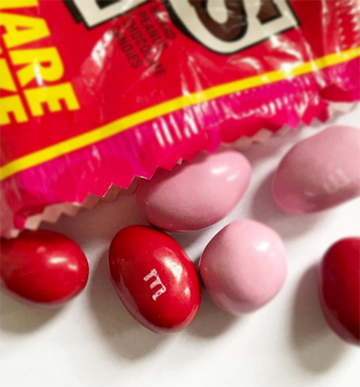 
Jake Quickenden revealed that he sought a more invasive option for dealing with his hair loss concerns and underwent a hair transplant.

“I've sorted my hairline out after years of insecurities,” wrote Quickenden on an Instagram posting. “People might say your hair was fine and didn't need it, but after years of being really worried about losing my hair, I took the dive and did something about it!”

He continued: “Swelling and redness will go down after a week and then just get on with day to day life and wait for the results! My old man was bald and it suited him, I shaved my head and I looked like a peanut M&M, so unfortunately I don't suit a skin head.”

Hair transplant operations have become increasingly popular over the past few years, thanks in no small part to several celebrities and footballers owning up to having had one (or two - or even three). These procedures available are, however, very expensive easily costing more than £5,000 and most reputable hair restoration surgeons advise patients wait until they are at least 30 years of age. Even then they are also advised to follow a hair loss treatment course both before the operation for at least six months (so that surgeons have more hair to work with) and on an on-going basis afterwards, to prevent shedding around the implanted grafts. Luckily some men find that after seeing the results of their initial pharmaceutical course they no longer feel the need to undergo surgery.