Having a smooth scalp may be part of his signature look but stylish Academy Award-winning rapper and actor, Common says "being bald is overrated."

The Terminator Salvation star discussed his hair loss in a recent 'Over/Under' interview for Pitchfork Media where he was asked to rate topics and explain why. 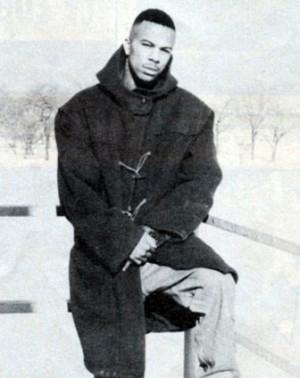 "First of all, when I started losing my hair it was the era of cornrows - even though I know they're back for some people, but this was like mid-90s," he said. "I was trying to hold on to it. My hair, it was going so I didn't want to rock the George Jefferson if you know what that is... it's almost like Bozo".

In the video the 44 year old vegetarian indicates that he was experiencing a receding hairline and general thinning on top.

Having hairloss in these key areas, around the hairline and around the top of the scalp, are classic signs of male pattern baldness. Genetic hair loss does not affect the sides of the head or the back, below the crown.

Taking a proactive approach to the situation, Common explained, "I had to shave it all off". Though he also lamented how, "after a while it was like, man, you want to change your hairstyle but there's nothing you can do. You're bald. I mean, you can change your facial hair but it's not the same". Continues below

When a bald scalp is not for you


Whilst Common undoubtedly suits the bald look and has even managed to turn it to his commercial advantage by advertising razors for Gillette, this bold style is not for everyone. Many men - including Elton John - feel they don't have either the right head shape or the confidence to go this route.

For men who want to try to keep their hair, there are clinically-proven male pattern hair loss treatments available to inhibit DHT - the root cause of genetic baldness - and promote hair growth. These can be used separately, in tandem, or alongside supplementary hair growth supporting products, depending on the client's suitability and wishes.

A consultation with a hair loss specialist can help men to understand more about why they are losing their hair, as well as establishing the best treatment options open to them as part of a recommended hair regimen.