Psychodermatology is the treatment of skin disorders using psychological and psychiatric methods. It can also help people to stick to their medical treatments when they neglect to do so due to psychological issues.

The mental health aspects of skin disorders, from severe eczema and vitiligo to hair loss, can be a struggle for adults to deal with, but when children are affected it can be even harder to cope without help. As such it is important for parents, carers and children themselves to know that professional assistance is available. 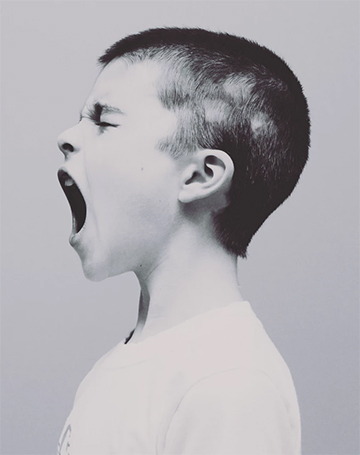 
The new children's psychodermatology service in question was set up in 2017 at St John's Institute of Dermatology, Guy's and St Thomas' Hospital, in South London, opposite the Houses of Parliament. This is a National Health Service (NHS) service. The AGM took place on 25th January 2018 and published abstracts from the meeting in the British Journal of Dermatology on 16th May 2018.

The first presentation explained the process of having the setting up the service. It noted that the hospital's paediatric dermatology referrals have increased by 38% since 2014, and there are a number of specialised paediatric clinics: genetics, adolescent, hair and severe eczema.

As a result of this extra demand for these specialist clinics, there was a simultaneous rise in the number of children needing psychological assistance.

They were subsequently referred to the paediatric psychology team at Evelina London Children's Hospital, close by to St John's. However, the increased number of patients meant a longer waiting list for appointments. As the wait times extended to many months, this was said to impact the children's 'psychological needs and adherence to their dermatological treatment'.

As a result, St John's was awareded a one-year pharma grant for a 0.5 whole-time-equivalent band 8a psychologist to set up its own dedicated paediatric psychodermatology service, given no NHS funding was available. This was set up in April 2017 through a partnership with the Evelina Paediatric Psychology Service.

Ahead of this, clinicians identified children who may benefit from using this service and put together a database so that, as soon as it was up and running, referrals could be made. The AGM notes state that 'parallel psychology clinics were established together with dedicated sessions at the severe eczema clinic.

Many children seen by the psychologist had severe eczema and frequently displayed associated 'anxiety, depression and adherence issues'. Those considered to have 'severe psychological needs' were referred to Child and Adolescent Mental Health Services.

Among the other conditions the children using the service suffered from were two hair loss conditions: Alopecia Areata and Trichotillomania.

Alopecia Areata is both an umbrella term for a group of autoimmune disorders which cause varying degrees of hair loss, and the name of its mildest phenotype, where rounded bald patches appear on the scalp only. It can affect people of all ages and races. Other forms include Alopecia Totalis and Alopecia Universalis which can cause total baldness of the head, and from head-to-toe, respectively.

Alopecia Areata treatment is possible for the scalp-only form - at Belgravia this is possible from 16 years of age - but the more severe forms have no solutions or management options at present for children or adults. Alopecia Areata may clear up of its own accord in many cases but whether this will happen cannot be predicted. Usually if this is to happen, regrowth will occur within 12 months.

Trichotillomania affects roughly 1 per cent of the population and, whilst often considered a hair loss condition, is actually a psychological compulsion which compels those affected to twist or pull out their own hair.

In order to address the condition, psychotherapy - often cognitive behavioural therapy (CBT) - helps sufferers to identify the underlying reasons for their compulsions. From there they can learn to identify triggers in order to develop coping mechanisms and diversion tactics to put an end to this damaging behaviour.

Once someone with hair loss from trichotillomania is 'pull-free', should they be concerned about regrowing hair, treatment may be possible but only if the damaged follicles are still active. A consultation with a hair specialist can provide a prognosis and personalised treatment recommendations, where appropriate.

Advice for children and their families


Some of the numerous topics covered by the St. John's psychologist included 'coping with visible skin disease, living with a chronic condition, adherence to treatment, habit reversal and parental support'.

Parents and affected children also attended a workshop on the subject of 'transitioning to secondary school' when you have a chronic or visible skin condition. This took place in August 2017, covered coping strategies and received 'excellent' feedback from attendees, with the highlight being getting to hear directly from a child and one of their parents about their experience of starting secondary school the year prior.

A mindfulness group for teenagers was also due to take place in 2018 though dates were unconfirmed at the time of publication.

Due to the importance and value placed on it by patients and their support networks, there is believed to be a business case for the paediatric psychodermatology service to become a permanent fixture at St. John's. As yet - at June 2018 - there is no update on whether this has received the official go-ahead.

Whilst mental health advice should be sought from specialist medical professionals, for those wanting additional support - for instance from their peers - hair loss charities can be a valuable resource.