A potential treatment for multiple sclerosis is due to start clinical trials this month and the results may also benefit people affected by alopecia.

Similarities between MS and Alopecia 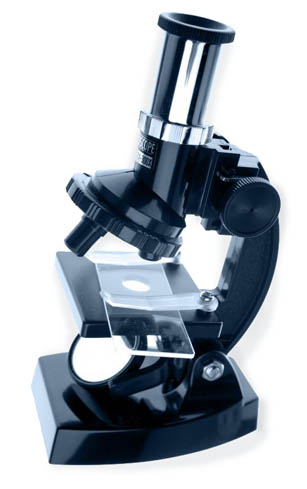 As with Alopecia, there is currently no cure for MS but the two conditions do share a similarity in that both are autoimmune diseases.

Whereas with MS the immune system attacks tissue in the central nervous system, for those affected by Alopecia, the immune system attacks the hair follicles. This is what causes the patchy hair loss of the scalp associated with Alopecia Areata, total hairloss of the head (including eyelashes and eyebrows) in Alopecia Totalis and complete hair loss from head to toe in those affected by Alopecia Universalis.

The new PRX003 drug, made by California's Prothena Biosciences, hopes to block the molecule responsible for causing disruption to the immune system in order to prevent or delay the progression of MS. However, as the two diseases are linked, it is hoped this research and its findings may also shed new light on alopecia conditions, and potentially lead to effective treatments too.

Interestingly, Prothena trials for psoriasis - another autoimmune condition which affects the skin - have been scheduled for 2016.

According to a new study carried out by the University of Montreal in Canada, experiments using a mouse model of the disease saw a 50% reduction of multiple sclerosis (MS) after blocking the MCAM (Melanoma Cell Adhesion Molecule). This MCAM is thought to cause the nerve damage associated with MS by allowing white blood cells to cross the blood-brain barrier and enter the central nervous system.

These white blood cells cause nerve damage in MS patients by attacking the myelin sheath - a covering which protects nerve cells. This inhibits the transmission of nerve impulses and causes plaque to accumulate along the nerve fibre.

Researchers detailed their findings in the Annals of Neurology publication, noting that the drug could delay the onset of MS, as well as slowing its progression in humans.

Neurosciences professor and lead study author Alexandre Prat, told Medical News Today, "We believe we have identified the first therapy that will impact the quality of life of people with multiple sclerosis by significantly reducing the disability and the disease's progression."

"We observed a decrease of approximately 50% of the disease in mice with experimental autoimmune encephalomyelitis (EAE), the most widely used animal model of MS. What is especially significant is that we can stop the disease from the first symptoms in addition to having an impact on its progression, which is a first."

These discoveries may prove useful to hair loss researchers investigating the types of alopecia caused by autoimmune system issues - a burgeoning area of study at present.

A ground-breaking neurological study, which was also looking into MS, recently discovered previously unknown lymphatic vessels link the brain directly to the immune system. It is hoped that this huge development in understanding what causes autoimmune issues will lead to effective remedies for the various conditions these cause - including alopecia.

Other promising investigations have centred on JAK-inhibitor drugs as a key area for the development of future alopecia treatments, although the side-effects have been a point of concern here so tests are still on-going.

At present, whilst topical applications of high strength minoxidil directly to the affected areas has been seen to produce significant regrowth results in Belgravia clients undertaking treatment for alopecia areata, there are no effective treatments for Alopecia Totalis and Universalis.

Is Cryotherapy An Effective Treatment For Alopecia Areata?'

Is Cryotherapy An Effective Treatment For Alopecia Areata?'