The Royal Family are a prime example of hereditary hair loss - something Prince Harry is acutely aware of. 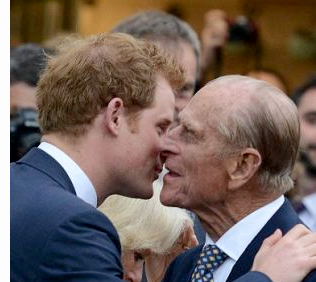 During his recent tour of New Zealand a fan told the 30 year old, "you look just like your father" to which quick-witted Harry quipped, "I'm losing my hair like him too".

The prince's thinning crown was recently highlighted during a TV interview and follows a similar pattern to that of his father, and his elder brother, Prince William.

This genetic hair loss is obviously something the family are comfortable with as they often joke about it - Prince Charles teased William about his hair at his Wedding Breakfast, whilst William also joked publicly about his own hair loss after the birth of his son, Prince George. 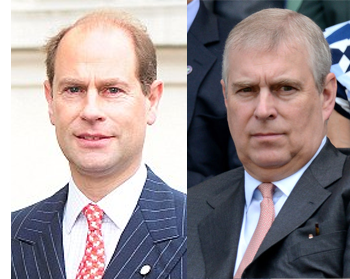 was always thought to be passed on through the father's side of the family, however research found it can actually be inherited from either side - the mother or father.

Whilst this is still true, a recent study discovered that the majority of genetic traits - including hair loss - are more likely to be passed on through the father thanks to something called 'imprinted genes'.

Looking at the Royal Family, it seems clear that the men all have - or, in the case of Prince Andrew, have had - clear signs of male hair loss to varying degrees.

The women, on the other hand, do not seem to have any issues with thinning hair. Princess Anne - Charles' sister - and her daughter, Zara Phillips, as well as Prince Andrew's daughters, Beatrice and Eugenie, all appear to have thick heads of hair, unlike their male relations. 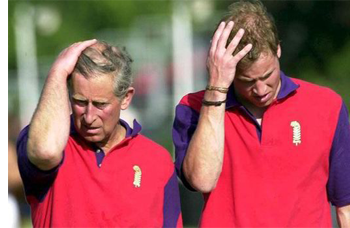 Ironically, the Royal men seem to have specific concerns about their thinning crowns.

Whilst the crown seems to be their first area to go, general thinning on top is also a problem and, left untreated, can lead to baldness, as with Prince Philip and Prince Edward.

Both the Queen's hairdresser and his wife, Duchess Kate are reported to have advised William to try male hair loss treatment to combat his advancing shedding. Whilst Harry was rumoured to be using a minoxidil-based treatment to help regrow his hair.

If the two young princes want to defend their hairlines and restore hair in thinning areas, they would be best off following a comprehensive treatment programme featuring a high strength minoxidil. This MHRA and FDA licensed product is applied directly to the affected areas in order to promote regrowth.

Used in conjunction with the other elements of a personalised regrowth plan tailored especially for their needs by a dedicated hair loss specialist, this could help restore the Royal crowns to their former glory.