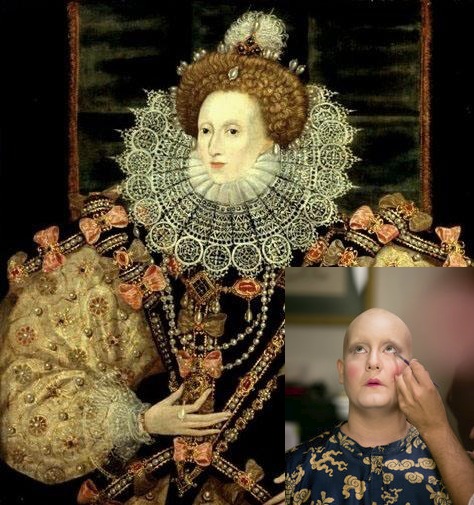 True actors will go to great lengths to prepare for their role, from spending time in their character's old haunts, to perfecting their accent or learning a new skill. Nobody more so than the hotly tipped South African Soprano Elza van den Heever, 33, who is shortly to play Queen Elizabeth I in the New York Metropolitan Opera’s new production of “Maria Stuarda” by Donizetti.

Van den Heever, not satisfied with merely wearing the skin coloured cap usually favoured by actors to conceal their hair, shaved her entire head in preparation for the role. Speaking to the New York Times, the young actress said that the voluntary hair loss was an opportunity to delve deeper into the role.

Although the soprano said that she often changed her hair length, cutting her hair into pigtails before having it shorn off did cause her to briefly shed a tear: “I look in the mirror and hardly recognize myself,” she said.

But how do we know the monarch was actually bald? The opera singer probably based her decision on the many paintings portraying Elizabeth as having a very high forehead, and the fact that at the age of 29, she suffered from smallpox. Although the Queen was left without facial scarring, rumour has it that smallpox left her without much of her hair, leading her to wear wigs.

Whilst hair loss isn't a widely acknowledged as a smallpox symptom, it could be that the trauma to Elizabeth's body resulted in her experiencing telogen effluvium, where hair falls out due to sudden unexpected stresses on the body. Usually the hair should have regrown in the months after Elizabeth had recovered from the disease, although if certain stresses were ongoing (and being a female monarch back in the day was probably rather stressful!) it's possible that the hair loss would be ongoing. It is also possible that her smallpox masked the onset of female pattern hair loss, a genetic condition that causes usually gradual hair loss that is irreversible unless treatment is sought.

Happily, should our modern day Elizabeth Elza van den Heever ever experience sustained hair loss, there are a number of treatment options available to her and other men and women wishing to halt the hair loss and regrow the thinning areas. Using clinically proven medication and a variety of additional treatment boosters, The Belgravia Centre's comprehensive hair loss treatment programmes are fit for a queen.