A plastic surgery clinic in Turkey has made some rather startling claims which suggest that people who choose to deal with their hair loss by having a hair transplant might inadvertently cause any lingering migraine problems they have to cease.

Researchers from the SO-EP Aesthetic & Plastic Surgery Clinic in the city of Kayseri, assessed the headaches experienced by six hair transplant patients in the months following their surgery and found that in all cases their level of suffering dropped from an average 6.6/10 to a zero. Whilst the doctors do not make any conclusive scientific claims on the back of these findings, they wonder if nerve endings were sufficiently altered during surgery to make migraine pain disappear.


Alternatively, it could be that this headline-grabbing story is merely one interpretation of the data. Six people in a study group is an astonishingly small number, as most clinical trials involve a far larger group of participants.

Additionally, little is made of the fact that there are multiple reasons that people experience migraines, with key triggers including stress, anxiety, tension and depression. Might it be that the effects of hair loss on patients' confidence coupled with worrying about their receding hairline had been the cause of the migraines?

There appear to be other issues with the findings that need addressing, too: a questionnaire which was sent out to patients asked whether their migraines were professionally diagnosed, but their responses are not readily apparent. Self-diagnosis in studies is often somewhat flawed.

On top of this, the scientists state that "the most striking part of the study was that the number of migraine patients was low compared with the hair plantation population," (we can assume they mean hair transplant population). Of the 150 people that had hair transplant operations during the period of the study, only six had historical problems with migraines. Interpreting this data, the team wrote  in their findings that: "In patients who need hair transplantation, the rate of incidence of migraine may be low."

But the doctors may simply have overlooked some basic truths about migraines and hair transplants. According to the NHS, 'Migraine is a common health condition, affecting around one in every five women and around one in every 15 men'. This means that most migraine sufferers are women, whilst the majority of patients who undergo hair restoration surgery are men. Of the six volunteers who took part in their research, five were men experiencing male pattern baldness whilst only one was a woman. She was having the operation to combat alopecia areata - a somewhat unusual step. 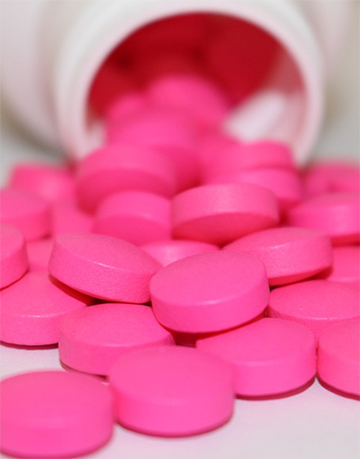 
Although there is no cure for migraines, having hair transplant surgery to relieve them seems like a rather drastic solution; the NHS currently advises lying in a darkened room or sleeping during an attack, and notes that many sufferers use over-the-counter painkillers, such as paracetamol, aspirin or ibuprofen. Having one to deal with a hair loss condition such as male pattern baldness, however, can make more sense in some cases.

Firstly, it is important to understand that not everybody is suitable for a hair transplant; those with extensive areas of baldness may not have the necessary amount, or quality, of donor hair - the hairs at the back and sides of the head excavated and re-grafted during the procedure - for the operation to be worthwhile.

This is one of the key reasons it is not usually offered in cases of autoimmune alopecia, which can cause anything from small bald spots to total hair loss from head to toe. Whilst treatments for the most severe forms - Alopecia Totalis and Alopecia Universalis - are still in development, alopecia areata treatment is already available for suitable over 16s.


Men under 30 are often advised by surgeons that they are too young to have the operation - though in cases of temporal triangular hair loss from male pattern baldness, a lower mid-twenties age may be considered. They are frequently directed to try stabilising their hair fall, regrowing hair and preventing baldness moving forward by using clinically-proven pharmaceutical methods. 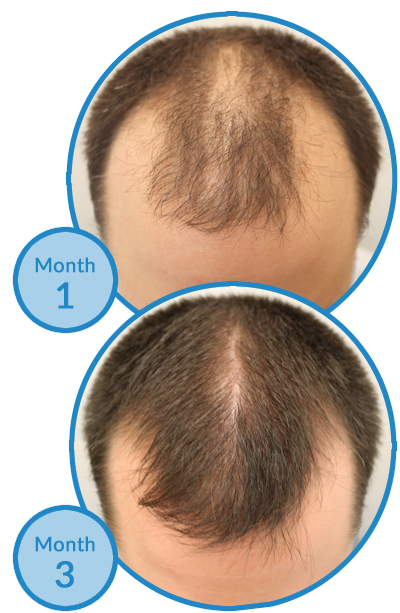 
This is known as male pattern hair loss treatment, and typically makes use of one or both of the two MHRA licensed and FDA-approved drugs - finasteride 1mg and minoxidil.

The oral tablet, finasteride 1mg is a DHT blocker, helping to inhibit the production of this hormone which causes hair thinning in cases of genetic hairloss, whilst topical applications of high strength minoxidil can help to encourage hair regrowth.

Additional hair growth supporting products can be used alongside these front-line treatments. These include home-use LLLT devices, such as the LaserComb and LaserBands, and men's hair supplements designed to encourage the maintenance of normal hair growth.

In cases where the hairloss is so advanced that the follicles are damaged to the point where the scalp takes on the smooth, shiny look associated with baldness, this generally means they are no longer capable of normal hair growth. Surgical restoration may be the best course of action in these instances. This is because non-surgical hair loss treatment requires active follicles capable of producing hair in order to work.

Whilst hair transplants for women are comparatively rare, they are certainly possible. However, the more generalised areas of thinning hair seen in cases of female pattern hair loss - the most common cause of shedding in women - provides a larger, less defined affected area, often covering the whole vertex (top of the scalp) and the temples. This would mean needing, not only a lot of good quality donor hair, but also more money, given this already expensive procedure tends to be priced per graft (per hair). For these reasons, amongst others, many women opt to follow a female pattern hair loss treatment course instead.