The maker of a chemotherapy drug that has become embroiled in a controversy over allegations that it can lead to permanent hair loss is once again in the news.

Taxotere, which is made by French multinational Sanofi-Aventis, is one of many different types of cancer drugs on the market and, like many, it can lead to people losing their hair. However, there have been complaints from hundreds of people that the baldness Taxotere can lead to may be permanent. This is currently the subject of a class action lawsuit underway in the USA. 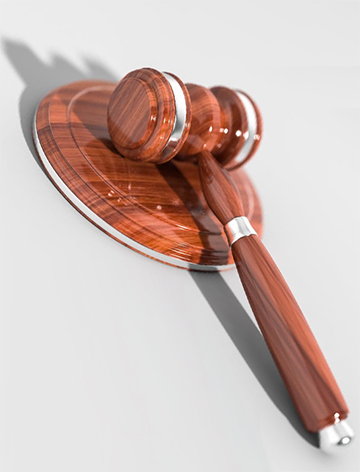 One thing some cancer survivors who claim to have been affected in this way are unhappy about is that the potential for permanent hair loss is not readily apparent to users. They are now petitioning for the information to gain much more prominence.

“Women who are gearing up for their battle with cancer shouldn’t have to hunt to page 27 of the Taxotere safety informational handout to discover one small sentence: ‘Cases of permanent alopecia have been reported’,” say the creators of the petition, an American organisation named the Periscope Group which bills itself as “advocates for the injured” and which offers to review the cases of anyone who claims they have been affected by permanent hair loss after using Taxotere.

“There should be clear and direct warnings that women could permanently lose their hair,” continues Periscope. “They should be provided with this information before treatment so that they can make an informed decision. It should be their choice to move forward, or to try another equally effective form of chemotherapy that doesn’t have this side effect.”

According to change.org, the website that bills itself as “the world’s platform for change”, the overall goal of the petition which had 15 signatories at the time of writing is to “Require Clear & Direct Warnings of PERMANENT Hair Loss After Use of Taxotere/Docetaxel”. Anyone who wants to add their support can sign the petition online.

The furore over Taxotere has been brewing for some time, and one legal website in America states that the makers are currently “exposed to several lawsuits alleging that the side effects of Taxotere may cause permanent hair loss in a significant number of women.”

A “Science Day”, during which experts, lawyers and plaintiffs involved in lawsuits present information was due to take place in May of this year in Louisiana, although no subsequent information about this has been made available.

Prior to this legal gathering, it was reported that plaintiffs involved would assert that information regarding the risk of permanent hair loss from being treated with Taxotere was withheld from them. It was also reported that plaintiffs were claiming that Sanofi-Aventis knew of and withheld published research from the 1990s which estimated persistent alopecia for 10 years or more following treatment with Taxotere was found in 9.2 per cent of patients.

is not inevitable, but it does happen in most cases. When appropriate and when available, patients may be offered a device called a cold cap to wear during treatment. By chilling the scalp, it slows down the flow of blood to that area and, in doing so, can keep the cancer drugs away from the hair follicles.

When hair does fall out it is usually only temporary, though regrowth may be slow and in some cases may grow back differently to how it was before either curlier, straighter or a different colour. To help speed up difficult, patchy or slow regrowth, a treatment course from a specialist hair loss clinic may be beneficial, although it is important to ensure that this first meets with the approval of a client’s oncologist who would need to provide written confirmation of this.