A team of Dutch doctors have been analysing case studies to try and establish a link between a specific type of cancer treatment and permanent hair loss in children.

The team, whose findings have been submitted to the Bone Marrow Transplantation journal, was looking at cases in which children aged up to 18 had undergone haematopoietic stem cell transplantation (HSCT) between 1990 and 2013 and had gone on to experience permanent hair loss to all or part of their head. 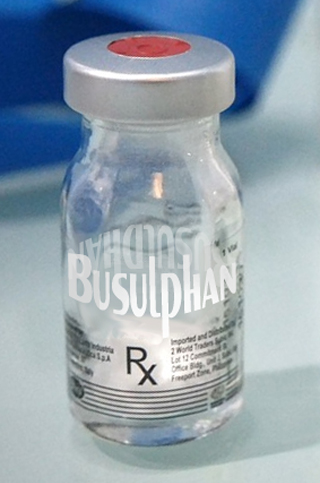 Under normal circumstances, most cancer patients undergoing chemotherapy treatment can expect to lose some of their hair, but this is not often permanent. It is also something that can be mitigated against in certain circumstances by using a cold cap - a helmet-based scalp-cooling system that helps to prevent hair loss during chemo.

While any kind of hair loss during cancer treatment is upsetting, permanent baldness is a different matter entirely, and naturally has potentially life-changing consequences for those involved. For children in particular, permanently losing your hair can be especially distressing.

The doctors in the Netherlands were keen to identify patterns that they could flag up as “risk factors”, including age, gender, diagnosis, donor type, conditioning regimen (cranial irradiation and/or chemotherapy), which chemotherapy agents were used and whether there was any evidence of acute/chronic GvHD (a condition which may occur after transplant).

The number of people with permanent hair loss in their cohort was 41 out of 263 patients, all of whom had what the doctors describe as “diffuse Alopecia”, except for one who had Alopecia Totalis. This is a form of the autoimmune disorder Alopecia Areata which causes baldness from the entire scalp and can often lead to losing facial hair, including eyebrows and eyelashes, too. One of the triggers of this type of alopecia is believed to be extreme stress or sudden trauma.

The team found that a drug named busulphan was the main risk factor and concluded that “permanent alopecia after HSCT is associated with busulphan and GvHD and occurs in 16% of patients.”

It is not the first time that studies have linked busulphan more commonly spelled busulfan with permanent hairloss. In October 2016, doctors at the Brazilian Society of Dermatology looked into the effects of the drug after noting that more and more cases of permanent hair loss were being reported, and that busulfan was often mentioned.

According to its entry on Wikipedia, busulfan is an alkylating antineoplastic agent which was approved by the US Food and Drug Administration for the treatment of chronic myeloid leukaemia in 1999 and was the "go-to" chemotherapeutic treatment for that condition until it was replaced by a new “gold standard” named imatinib. It is, however, “still in use to a degree as a result of the drug’s relative low cost.”

Parents or guardians of children with hair loss may find comfort and support from organisations such as Alopecia UK, and Little Princess Trust - a charity which provides real hair wigs free of charge to children experiencing hair loss, and which has also opened a dedicated boy's division, Hero by LPT.